Disclosure: This shop has been compensated by Collective Bias, Inc. and its advertiser. All opinions are mine alone. #NewDadMustHaves #CollectiveBias

Get dad tips from an experienced dad of four on Important Must-Know Tips for First-Time Dads. These parenting tips are perfect for first-time parents. 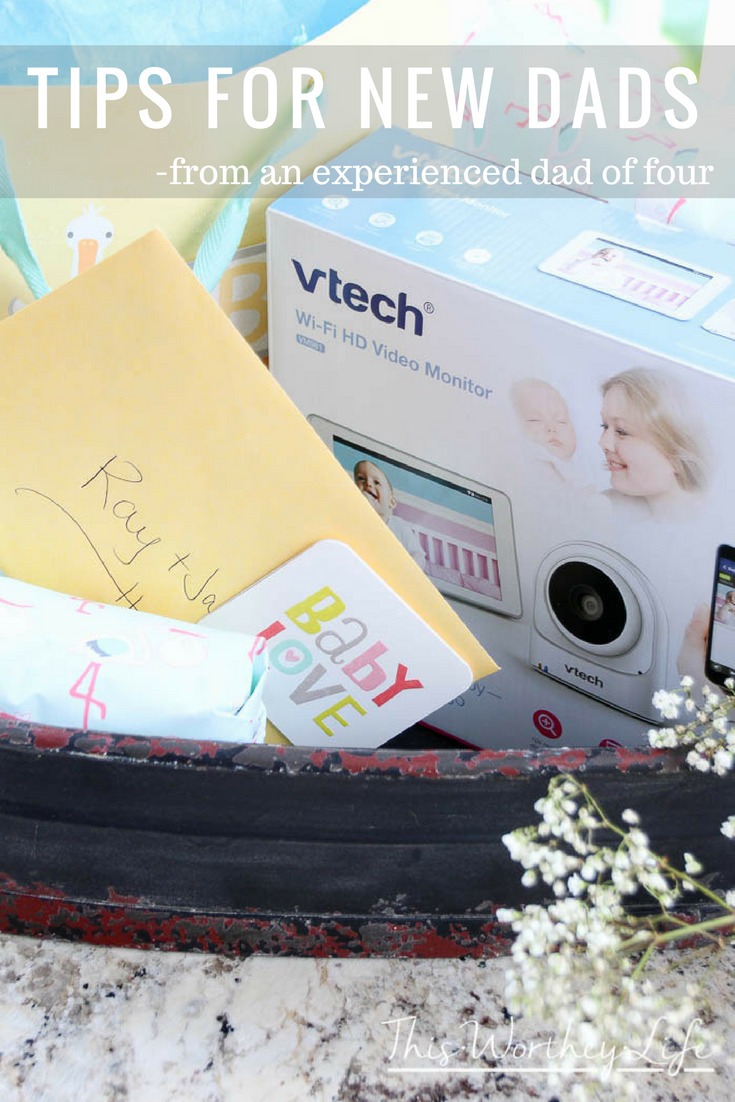 As an experience Dad of Four, it’s my honor and duty to share some of my life’s beautiful experiences with new dads. Take Ray for example. He’s a former co-worker of my wife’s. I remember her telling me about Ray and his wife trying to conceive. 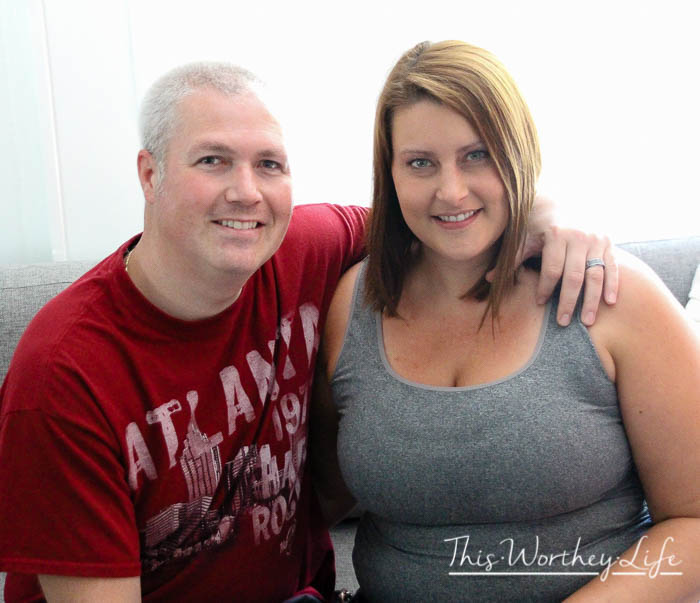 Here’s a little backstory on them. Ray and Jamie went to grade school together, but never really knew each other until a little later on in life. After becoming friends on social media, Ray worked up the courage to ask her out. They were married June 2014. 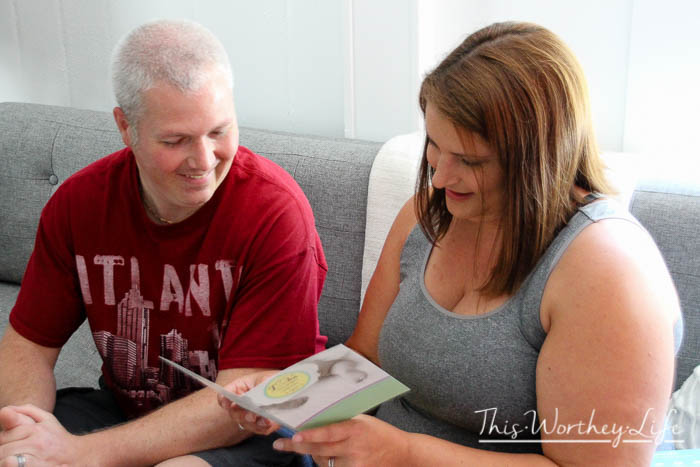 Naturally, they wanted to work on building a family. They have adopted several rescue furbabies but wanted a little boy or girl to add to their family. After trying for several years, they started invitro. This went on for our about three years.  The first round produced two viable embryos and a pregnancy, but sadly, 7 weeks in, Jamie had a miscarriage. After some much needed time away from the stress involved with the process, they decided to try again. Before they started, Jamie had to have a minor surgery to remove some ovarian cysts that had formed. It seemed like there was a never-ending supply of hurdles to jump over, but they just couldn’t give up the fight. 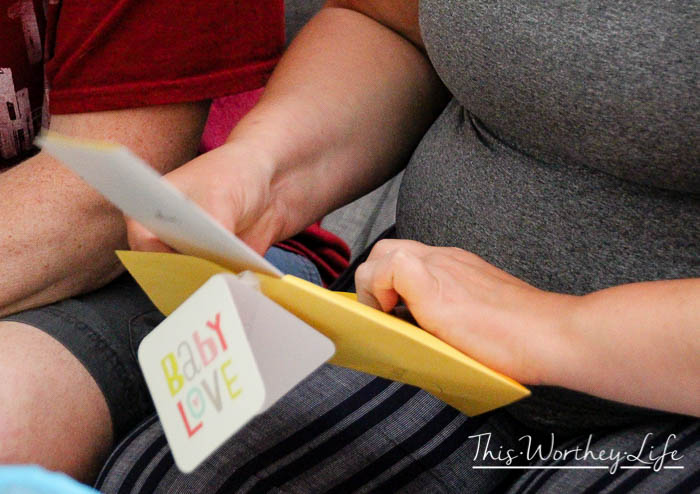 They allowed for us to share their story because this is a journey many couples go on, some with happy endings, while others give up. 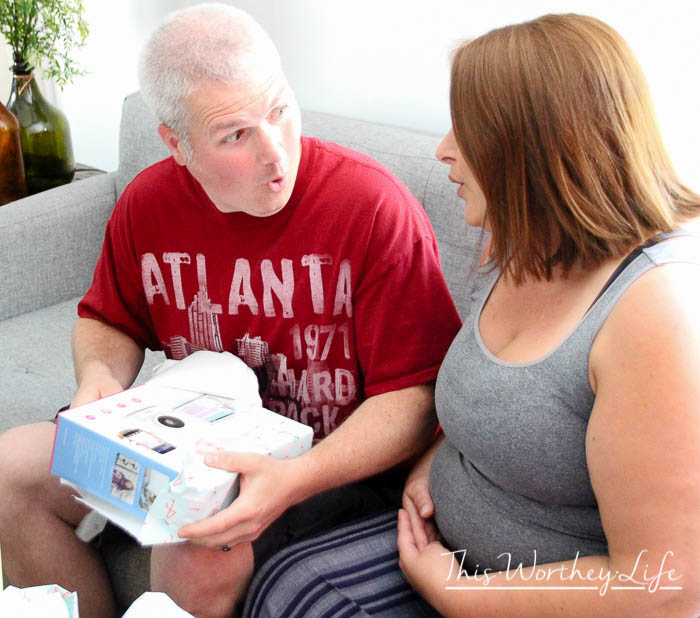 After starting the invitro process again, they were able to produce five viable embryos in total. They had three implanted, and two cryogenically frozen. After hundreds of shots, dozens of ultrasounds, nearly $30,000 spent, thankfully, one of them survived the process, and now they have a healthy baby girl all snuggled up in Jamie’s womb. Mila Rae Campeau has a due date of October 24th, 2017. 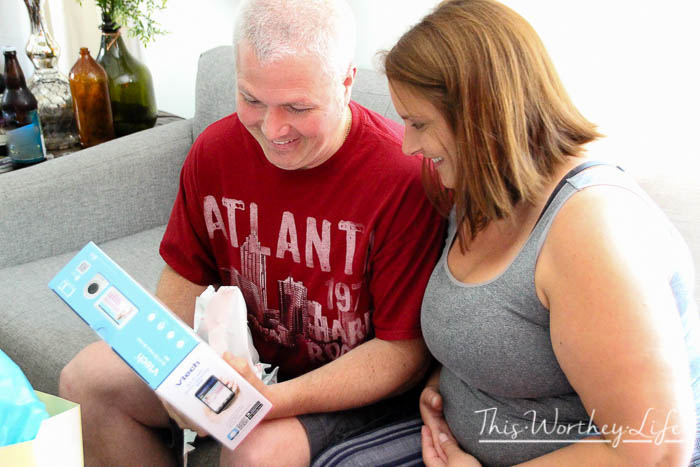 According to Ray, “it’s the best feeling in the world!!!

🙂 Giving up was never an option, and we also still have two embryos for when we want to try and produce a little sister or brother for Mila.” 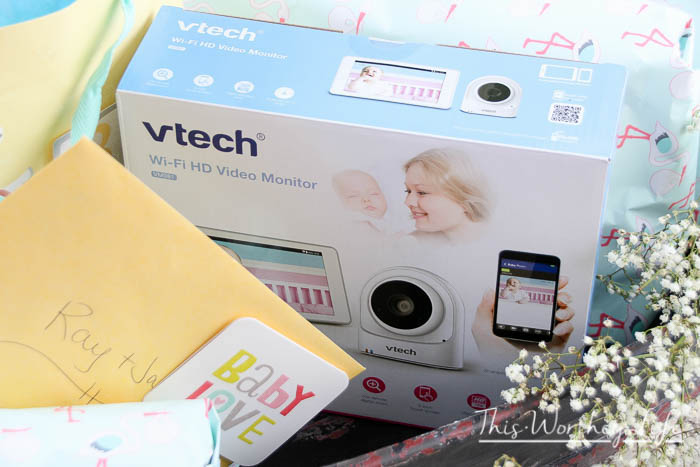 When we found out about their journey, we knew we had to put together a baby gift basket with some of the best baby essentials. 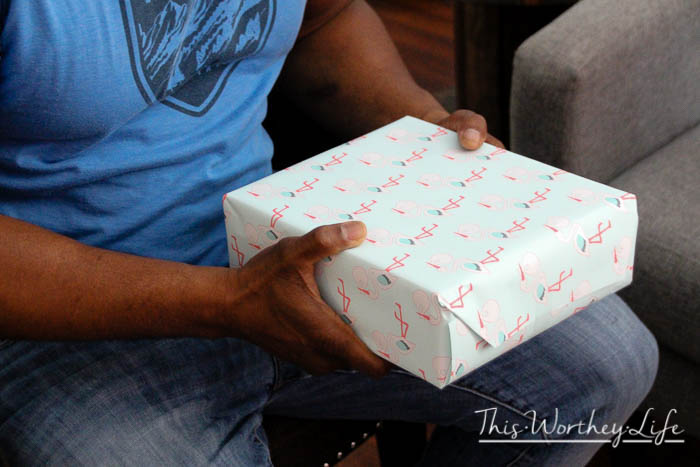 Including in the basket was: 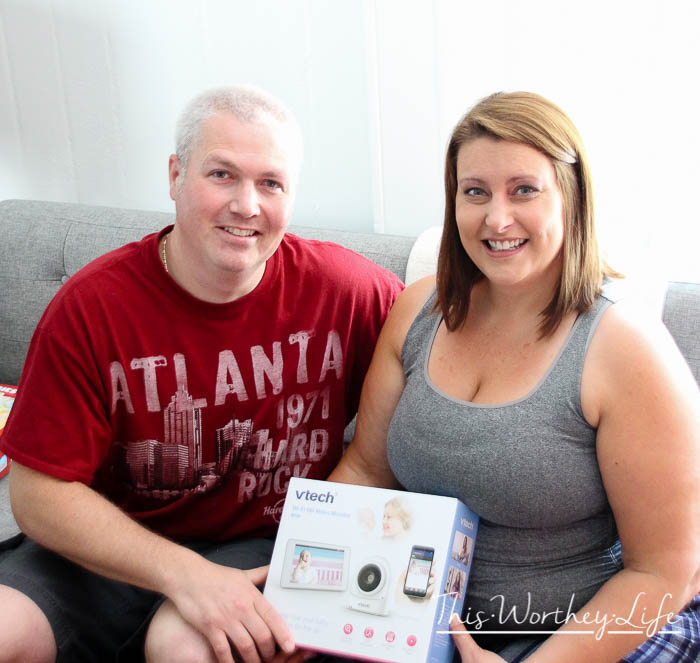 Here’s what they had to say about the VTech VM981 Wi-Fi HD Video Monitor and Camera, “We are so excited about the VTech monitor! I have already played with it quite a bit, and it’s absolutely everything I’d hoped it would be, and more. The most important thing that the VTech monitor will do for us allows our daughter to learn her independence early. It’s so important, and never too early for children to learn to be independent. With the VTech monitor, we can feel completely comfortable leaving her alone at times, but also keep a close eye on her. The technology is just amazing! Another amazing aspect is that we can talk to, and see her from our phones while we are working. Going back to work, and leaving her is going to be super tough, but the VTech monitor will most definitely help with that.” 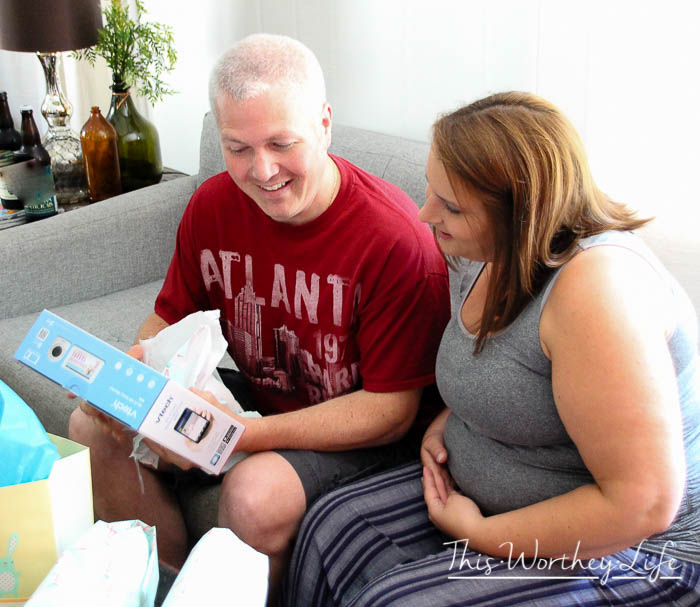 As an experienced Dad of four, it’s safe to say I know a thing or two about raising babies. I’m not going to give a long drawn out list of what to do, and what not to do. But I will share a few tips for first-time dads. 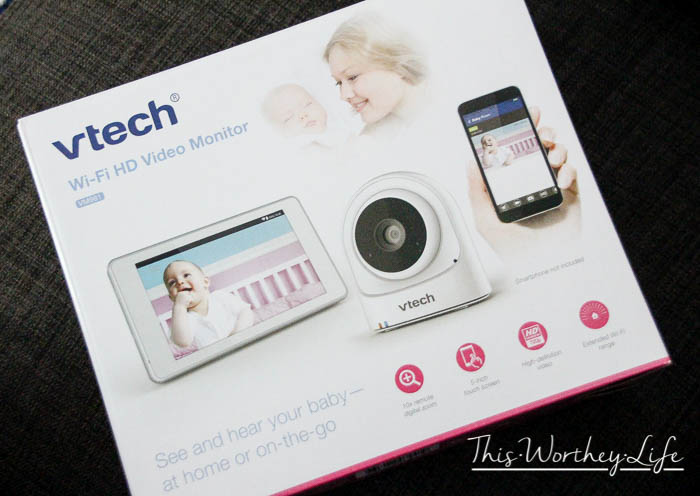 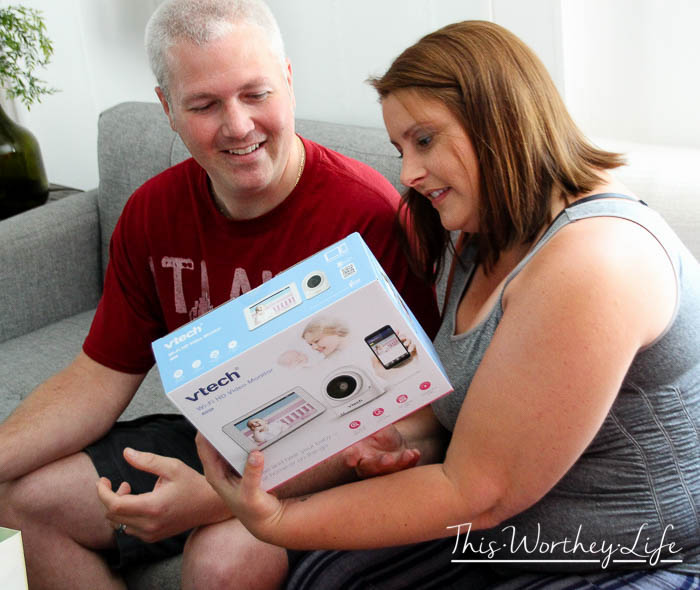 The VTech monitor includes a high-definition color touch screen with remote access via the new MyVTech Baby app for Apple iOS and Android. Not only is the monitor functional, but has a sleek design. Perfect for a tech lover dad like Ray.

As Ray’s family grows, he will be able to add up to nine cameras to expand coverage throughout their home. Nothing will get past him and Jamie. Tat and I were glad to gift them a basket of baby essentials and hear about their journey. Jamie and Ray mentioned once they started talking about TTC (trying to conceive), so many people sent them messages sharing their stories of hope + loss.

I’m glad Ray and Jamie will be able to enjoy their new bundle of love in October, knowing the VTech VM981 Expandable Video Monitor will give them that peace of mind!

Learn more about this VTech monitor and other VTech products.

Congratulations to you both! And cheers to many more! 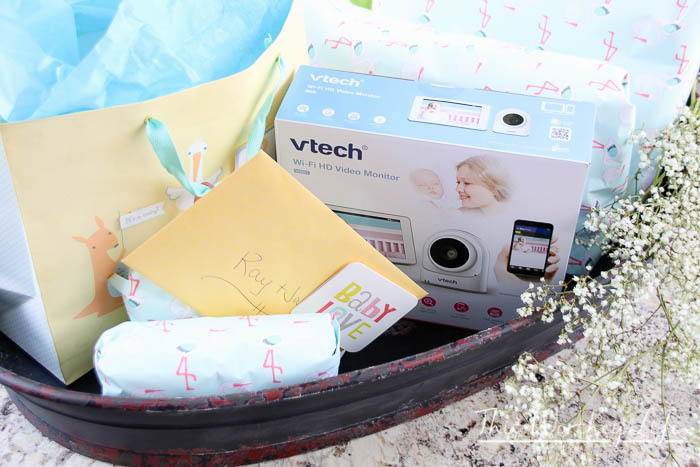