This shop has been compensated by Collective Bias, Inc. and its advertiser. All opinions are mine alone. #HonoringOurHeroes #CollectiveBias 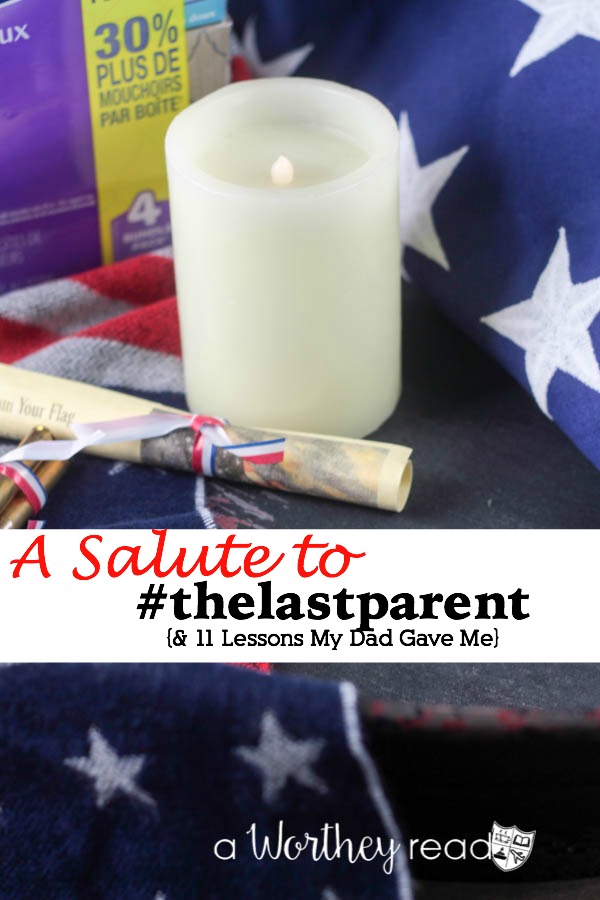 A Salute To #TheLastParent {& 11 Lessons My Dad Gave Me}

It’s been one month and six days since my last parent took his last breath. We knew it was coming, but thought we had a little more time. However, life has a funny, twisted way of surprising us all with uncertainty.

Last Father’s Day, I talked about how my Dad was my hero, and how much I admired him. My Dad gave his life not only for our family but also for our country. Earlier on in his life my Dad knew he was destined to be a soldier, protect and serve. He served in the United States Navy. 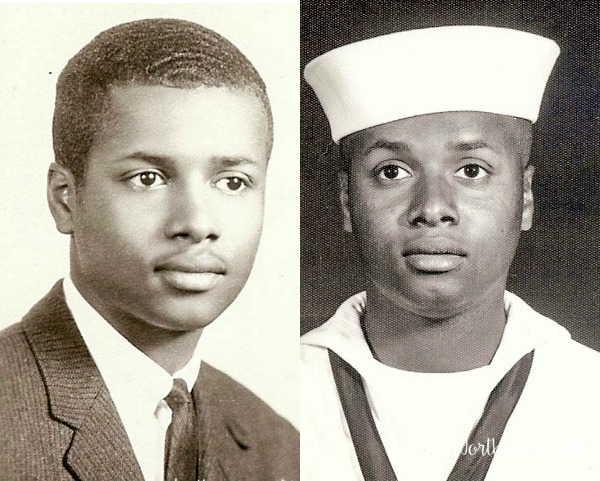 During his days in the Navy, he started to get sick. I remember my Dad telling me about how he had to fake his sickness not to cause alarm. He randomly started falling asleep. Later he was officially diagnosed with narcolepsy. He was given an honorable discharge.

However, this didn’t stop him from wanting to serve as a soldier. 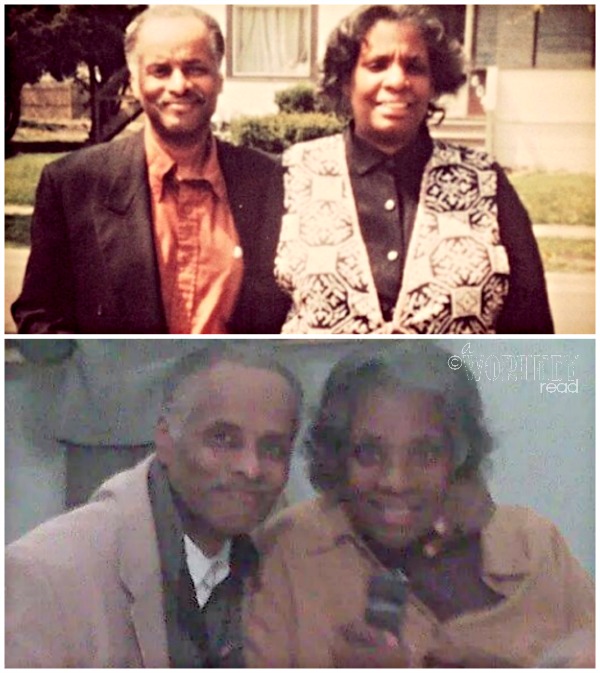 A short while later he became a Christian and started to serve in God’s army. This led him to find my Mom, and they were married in 1969. With narcolepsy, it’s hard to hold a job. It’s impossible to drive. With narcolepsy, you will fall asleep any and everywhere. He had to stop driving, and couldn’t hold a regular 8-5 job.

So what did he do? He created his own company. My father was the proud owner of Hudson’s Roofing Construction Company for over 30 years. Life will not always deal you a fair deck of cards. This is when you have to learn how to make lemon out of lemonades, and boy did he! {Lesson #1}

My Dad still craved a desire to help others. You would find him on the streets of Detroit on a Saturday night talking to homeless people, drug dealers and the ladies of the night. Why? Because he wanted to help out where every he could. Sometimes, his charity would go a little bit too far. My Dad’s heart was in the right place, but it wasn’t always the best idea to bring strange men home to our house with three beautiful daughters. Thankfully, he listened to our Mom and found other places for them to stay. However, we had quite a few strangers sitting at our dinner table many of times.

At my young age I didn’t understand why my Dad wanted to do this, but now I understand. God is no respecter of person and loves us all the same. And, we should feel and react the same way. {Lesson #2}

When my Mom started to get sick, my Dad was right there to serve her. He was there to wipe away her tears of pain. He was there to bathe her, feed her and love her. He wasn’t a singer, but he would sing to her. As I sit here and write this with tears rolling down my face, I can’t help but think of such a great example set before me on what those little words mean, “I love you” and “For better or worse, in sickness and in health.”

When my Mom passed, my Dad was right there holding her while she took her last breath. I was there to witness this moment of love and thought, “I want THAT!” Someone who will love you for who you are, admire you, respect you and love you to the very last breath. {Lesson #3}

After she had passed my Dad had to learn how to live life on his own. During the last two years of his life, we (my siblings and I) were able to have a closer relationship with our Dad. Since my Dad couldn’t drive, we doted on him. With all of his children living at least 30-45 minutes from him, we would drop our plans to tend to his needs. 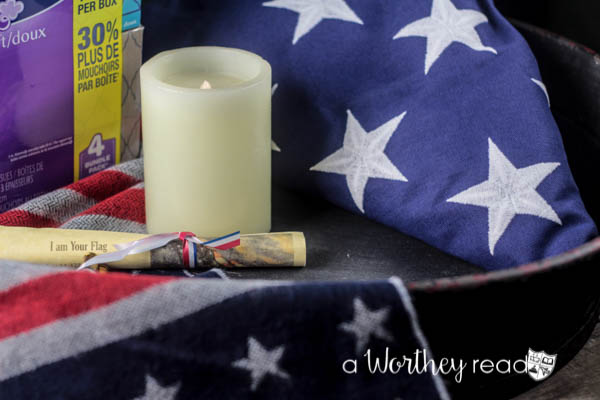 My Dad would call me and we would sit on the phone talking for hours. He would tell me about his days in the Navy, funny things my Mom did that he now missed, and talking to me about God. My Dad was a die-hard soldier for God. He loved God more than anything in the world and wanted his children to have the same type of experience he had. He would say, “Salvation is a wonderful thing.”

And although we wanted to go off and live our lives, we respected our Parents and the life they lived.

After my Mom had died, my Dad started talking about leaving here. He kept telling us he wouldn’t be here long, and he was ready to go. During the last few months of his life, I am eternally grateful for the time I was able to spend with him. Recently becoming a Christian myself, I was able to study with him and glean some of his knowledge. My Dad was a serious Bible scholar and had a passion for the Revelation. He went all over the country witnessing to people and teaching the Revelation to people (including making Revelation charts). 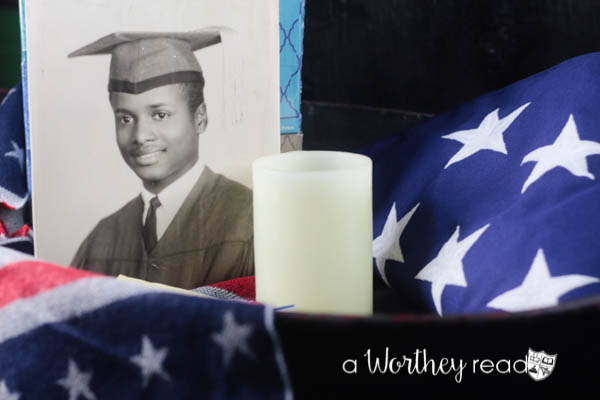 On May 19th, 2016, my Dad took his last breath. As I sat there watching it happen (again), I felt a sense of relief and sadness. Relief, knowing my Dad was no longer in pain and reunited with my Mom. Sad, knowing this was the last parent, and how much of an impact he made in my life.

Sometimes you don’t understand the depths of how a person impacts your life until they are gone. 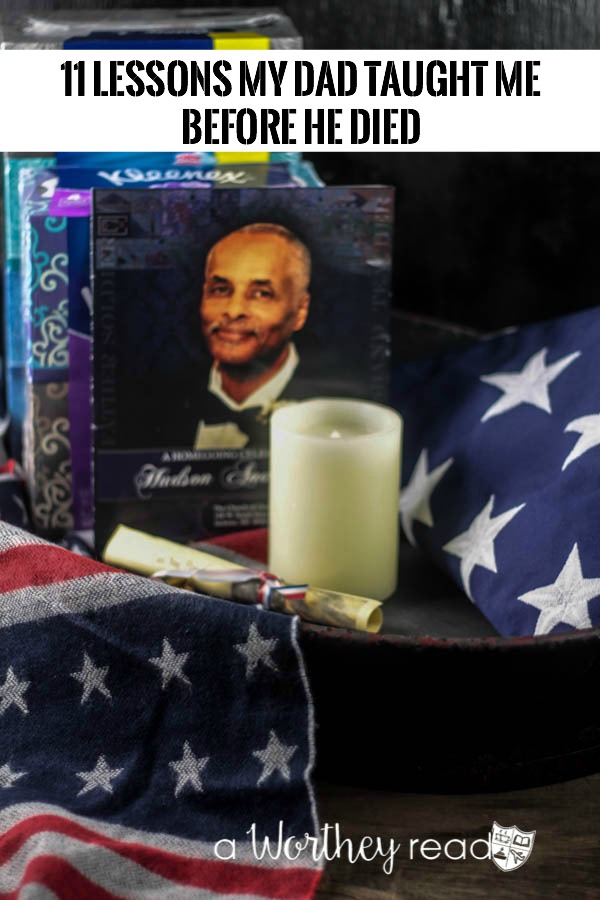 My Dad taught me many things throughout my childhood. But it wasn’t until I became an adult did I understand and appreciate most of it.

Most of all, my Dad taught and showed me, unconditional love. He loved and treated people the same, even when they didn’t respect him, clients didn’t pay him, or people laughed at him because of his disease. He still respected people and walked with pride. {Lessons #4-10}

At his funeral, many people got up and spoke about the impact my Dad made on their lives. Going through two funerals, I didn’t realize the impact my Parents had on other people until I heard all of the testimonies filled with love and praise.

A part of his service was dedicated to receiving an honorary salute.

The 3-volley salute is a ceremonial act performed at military and police funerals in the United States as part of the drill and ceremony of the Honor Guard. It consists of a rifle party firing blank cartridges into the air three times. The custom originates from the European dynastic wars, where the fighting ceased so the dead and wounded could be removed. Then, three shots were fired into the air to signal that the battle could resume. (reference: Wikipedia) 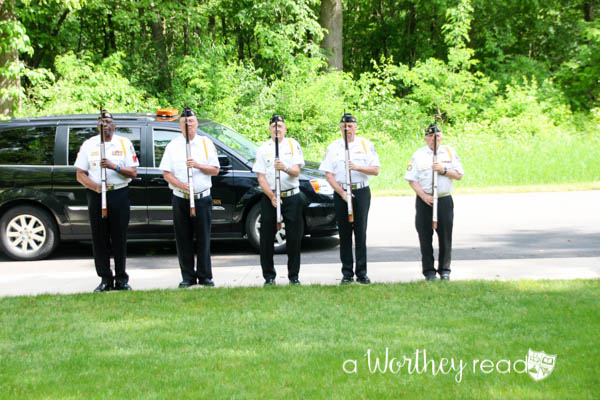 It was a real honor to watch this special salute and be a part of this honor. While the ceremony was going on, it reminded me of the tough job our United States Armed Forces have. They give their lives to protect and serve our country, proudly. They take their jobs seriously and will fight all the way to the death.

As the guards handed my Dad’s flag to my youngest son, my heart shined with proud knowing my Dad willing gave his life to serving our country. And knowing now his dedication has paid off with an eternal word is a peaceful feeling. 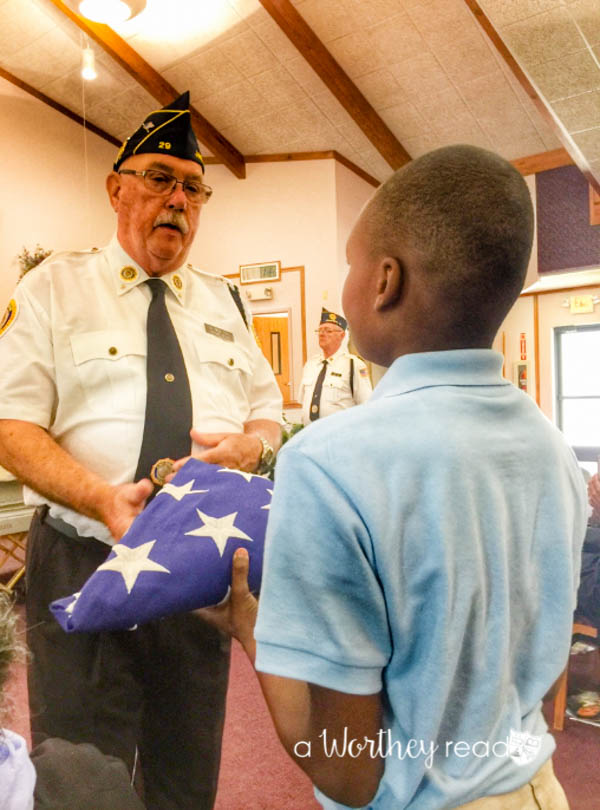 My Dad is now buried with my Mom at Fort Custer National Cemetery. At the burial service, they performed another salute to my Dad. As we gathered around his casket to say our final goodbyes, I couldn’t help but think of all the men and women buried at Fort Custer. Each grave site marks a soldier. A soldier who gave their body, mind, and soul for THIS country, OUR country.

Because they believed in what our country stands for, liberty. Freedom. 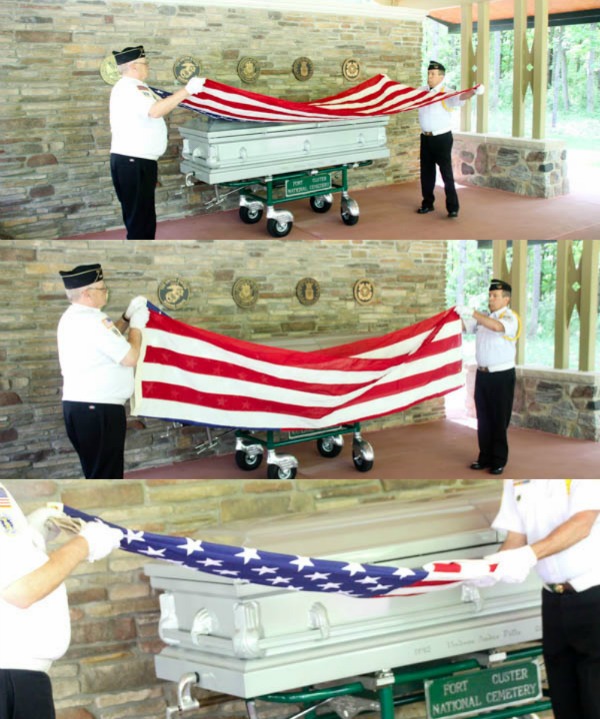 I think of the freedom my Dad now has forever. It’s eternal. And knowing the sacrifices he made to get there, gives me the greatest lesson and takeaway of his life. Live, so you can live again. {Lesson #11} 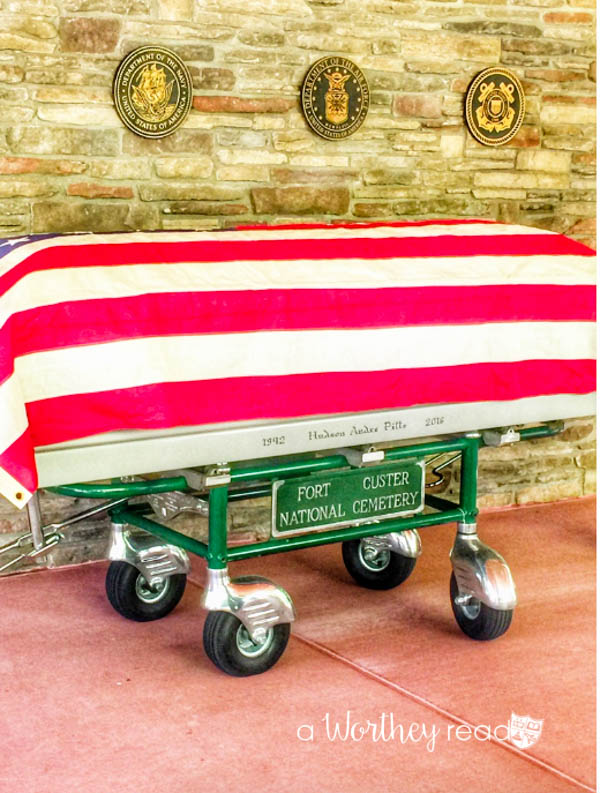 Thank you, Dad, Derrick (husband served in the Air Force), and every soldier who has and currently serving our country! 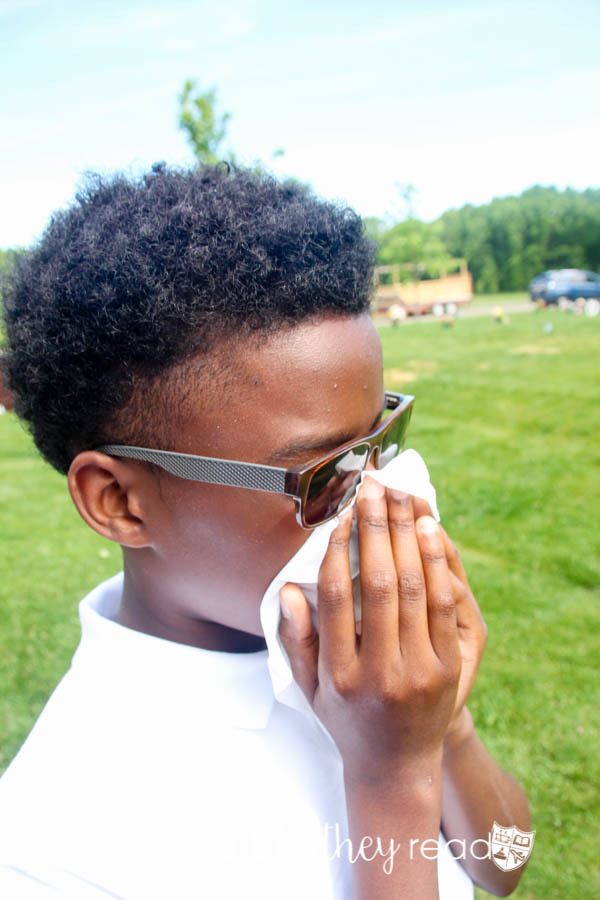 Before you go, I have to share something awesome the Kleenex® Brand is doing at Kroger and Kroger banner stores. When you buy one Kleenex® Facial Tissue 4-pack bundle, the Kleenex® Brand will donate one pocket pack to the USO. With more than 2 million Americans serving on active duty or in the reserves, this is a nice way to honor our heroes. A simple way to show our appreciation and say thank you for your service. The Kroger Co. Family of Stores and the USO stand behind our nation’s military community. Their stores have raised more than $14 million since 2010 to help support USO programs. 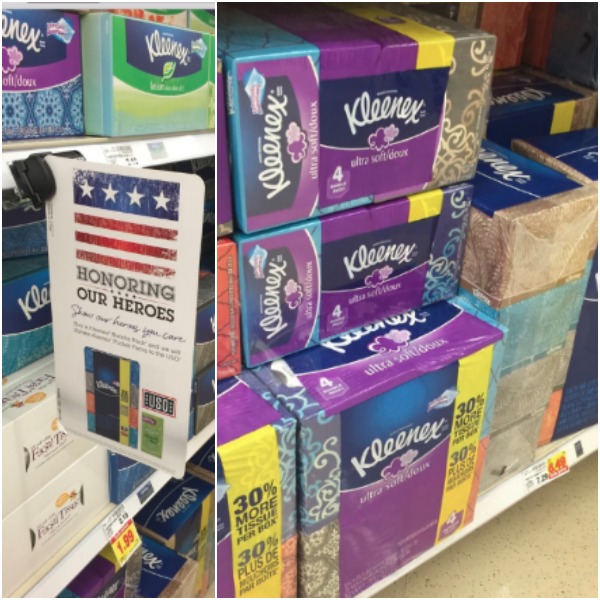 You can find your local Kroger banner store- HERE.

Kroger also has 13 Giveaways going on with a prize value of $100. Shoppers can enter the giveaway by sharing their personal “Hero story” on social media using hashtag #HonoringOurHeroes 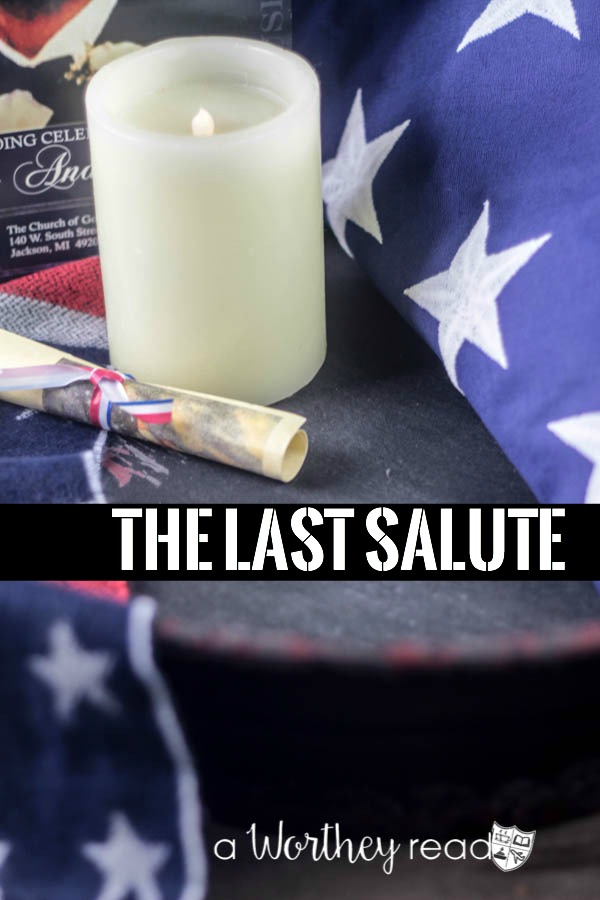 Do you have someone who served our great country? Drop me a line and share your story, I would love to hear about the hero in your life. 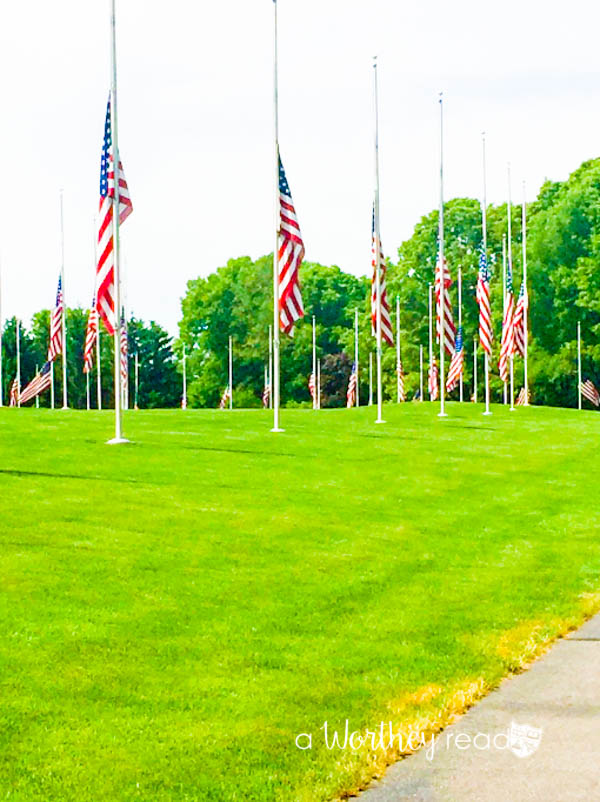