Get the blackish Recap, find out what happened in the Season premiere, Episode Juneteenth. What is Juneteenth? The Johnson family shares why it’s important. 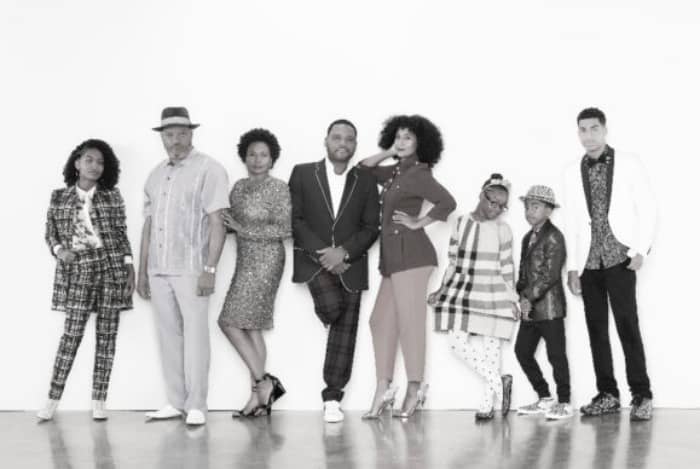 We’ve been watching black-ish as a family since the first season! Initially, our 12-year old, Zayd’n started watching this fantastic show and got Tatanish into watching it, and then I was hooked after a few episodes.

Season 4, Episode 1 of ABC’s sitcom black-ish got underway with an episode with a gangsta lean of epic proportions. Things began in unpredictable typical Black-ish fashion. The Johnson brood is attending a school event in which Diane and Jack are performing in a standard-issue Christopher Columbus play. However, this doesn’t sit right with Dre and Pops who scoff at the play for its historical inaccuracies and misrepresentation.  Rainbow and Ruby go-in over butterscotch candy, while Zoey and Andre Jr. plot their escape to Portland and artisanal coffee.

Shortly after that, Dre can’t tolerate the play and says, “Ms. Davis, you should be ashamed of yourself. Where you really failed, is this isn’t how it went down.” Then BOOM! The elephant in the room is front, center, and off come the gloves. In the blink of an eye Episode, 1 morphs into a would-be quasi-musical with James Baldwin leanings and black consciousness overtures to answer to. And just like that, the season opener is off to one hell of a punch ’em in the throat.

Diane: Everything you know about Columbus is a joke! He didn’t discover America, prepare to get woke.

Kid Playing An Indian: I’m not from India.

Diane: You’re so great Columbus more than words can convey. And it’s cool how your men killed so many people in one day!

Jack: So let’s make one thing perfectly clear, celebrating Columbus is celebrating a slave pioneer. At least you can get a great deal on a mattress.

Diane: At least you can get a great deal on a mattress.

This scene culminates with the Johnson family walking out of the school auditorium in a huff en masse. And Ruby getting in a final bon mot when informing Ms. Davis, “Listen, I have a great eyebrow person, Mmmph!” The twist of her mouth is everything.

But this scene doesn’t just question the social and historical correctness about calling out the culturally insensitive insanity of a Christopher Columbus federally recognized holiday (circa. 1937), replete with pay and time and a half. The scene is also theatre personified and genius, and also why Black-ish works. This sitcom has an adept ability to be multiple things to multiple fans simultaneously. Catharsis comedy. Social commentary. Racial mediator, and a show which manages to both take itself seriously and exists as a self-effacing best friend persona who isn’t afraid to tell it like it is. Calling a spade a spade and chin-checking a Christoper Columbus holiday as a poor choice not worthy of our respect, not celebration.

Juneteenth vs. That Columbo Fellow

Back in the office conference room, we find Dre pacing, he’s brainstorming (along with Grammy-nominated Aloe Blacc) then makes the proclamation, “I realized that for Juneteenth to live Christoper Columbus Day had to die!” It’s a laudable and oversized undertaking. But “we” so agree, don’t we? As the co-workers enter to Aloe Blacc’s potent ditty:

Everybody knows Christoper Columbus was honored for his bravery, but he never sailed to North America, he sold children into slavery!”

After which Dre’s boss leads with, “HMMM! That does not sound like an ad for Samsung!” And he’s right, it doesn’t, but then again it’s not supposed to because black history is serious, but largely ignored, business. But dammit! If don’t need a sweet hook to raise the volume on just how integral we blacks have been to the very fabric of the ‘land of the free, and home of the brave.’ What I love about Mr. Stevens, his son Conner and the “other” white guy, Josh. Collectively, they represent white naiveté aka cluelessness, angst, and white privilege tremendously well. But typically, they are used to fine effect to help set up a query or offer the much needed white dilution to ease the potent “black” medicine being administered on a weekly basis. Here, the premise that C. Columbus was an honorable man worth celebrating is challenged. Dre posits, “The point is, Christopher Columbus was a horrible man when we don’t even acknowledge important moments in our own history, like Juneteenth!”

I am so glad you asked, and yes, there goes lunch!

I am a slave. Yes, I’m only a slave. They’ll place my body in an unmarked grave. In these confederate days it is kind of hard to lift every voice singing while worrying ’bout how low the sweet chariots are swinging. I could swing from a tree. But hey, oh I hope and pray they don’t kill, me today I am still just a slave. If the Emancipation Proclamation was passed in 1863 why weren’t you free until 1865? Well, it took two years for the civil war to end. Oh, so you were free when the war ended? Naw, not for two more months, because Texas landowners wanted another harvest. That’s not cool. Well, none of it was cool. But an army ship arrived on 19th  June 1865 and announced we were free. That’s why we celebrate Juneteenth. I am a slave in the home of the brave. A product of the triangular trade. Please pardon my ways if I’m nervous or the slightest bit skittish in the presence of the Portuguese, Spanish, Dutch, or the British. They kept me in colonial chains, tell me or persuade them to chill or to save me; I’m still a slave.

The song ends and Mr. Stevens, utters, “That was not uncomfortable at all, nope.” Then, Conner queries in almost a whisper, “Is that stuff true Papa? It’s a poignant moment, and I suspect for most white folks this is shocking news. But, it’s more than just news, it is an important chapter in American history. But it doesn’t end there because Dre (representing black folk) makes his case for the recognition of Juneteenth and Mr. Stevens (representing white folks) fail to grasp the importance nor the gross significance of the situation. In essence, we got Martin Luther King Jr. Day and Black History Month, so why do “you guys,” need another holiday?

Dre, “For real? You guys are giving push back on the one thing that honors the end of slavery? You do know why America is so rich, right? Because we built this land for free.”

It is shocking how much we were not taught in school. If you’re in the business of Black exploitation it is only natural to not shout from the rooftops just how much you have stolen, robbed, and methodically taken from the blood, sweat, and tears of the untold African slaves brought to this country for one purpose to make American great for the first time.

Pops: Here’s a story that won’t get us all killed! We built this country for free!

And they made billions…

Really? What else did we build?

Railroads. Wall Street. The White House and universities. UVA. We built that! Chapel Hill. We built that! Pyramids. No sorry, our Hebrew brothers get credit for that. Let’s turn it up and get it poppin’. Settle down. We still ain’t got nothing. We Built This! We BUILT THIS! I’m done ya’ll I’ma keep it 1oo. Tomorrow when I hit the fields I’ma keep runnin’. We did everything that the overseer wanted. And if we got paid then we’d be stuntin’! Sugarcane! Cotton hands! My blood and sweat paid for this land. My life would’ve been different if I didn’t have cinnamon pigment. WE BUILT THIS!

I know. I KNOW! This comes as a surprise to white America. But that only speaks to the quality of America. To better understand America is to understand its fragility when it comes to the sensitive subjects of race. As blacks, we know how the government feels about blacks. We see it in Americas’ laws, its mostly unjust judicial system, its prison industrial complex, its gerrymandering, black unemployment, education policies, and penchant for not prosecuting white police officers who murder unarmed black men and women. We know that even though slavery officially ended over 150 years ago, in so many ways we as black feels as if very little has changed.

Because even when we were free, we weren’t free

So, what happens now?

We free dammit! Okay, so what does that mean?

Pops! What does that mean?

What do you think it means dummy? We’re free to do whatever we want!

Can I ride a horse? Absolutely baby!

Can I buy strawberry soda? Yea. Yea, but you’re going to have to get in line behind me!

Can I be president?

Oh no. Whoa, whoa. Settle down!

That’s your son. I got it Pops!

Being free means we’re finally going to be equal to the white man.

Freedom yea! No slavery no more! No, listen to ‘massa. Goodbye to white folks.

Freedom yea! No slavery no more! No, listen to ‘massa. Goodbye to white folks.

FREE-DOM! I’m talkin’ about JUNETEENTH! It was the 20th but the 19th when it was told to us. It’s time to vote for me, take part in this democracy. Tear them freedom papers up please because we don’t need to show i.d. It’s June 19th we celebrate. Grab a blonde and miscegenate. Ooo, ain’t that something? I can finally whistle at a white woman. I’ma start a business. I’ma get a loan. I’ma move to the burbs and mine my own. I’ma take a vacation and when I’m gone. They won’t burn crosses on my lawn! I can sit at the counter all day long. And I won’t get sprayed with a firehose. When I get reparations I’ma act a fool. Plant my forty acres and ghost ride the mule. Give me my forty acres and a mule. GIVE ME MY FORTY ACRES AND A MULE!

This premiere episode of  Black-ish is one for the books. Because it proves a point for black folks. We shouldn’t wait for white America to catch up with us. We don’t need white validation to feel whole or like we’re finally human. Juneteenth, and whatever else we deem a cultural necessity for us to continue on our path towards healing, has to come from us, and us alone. We don’t need permission, and we surely don’t need the blessing of white folks. What we do we do for us and our community. Because…

I AM MY ANCESTORS WILDEST DREAMS! 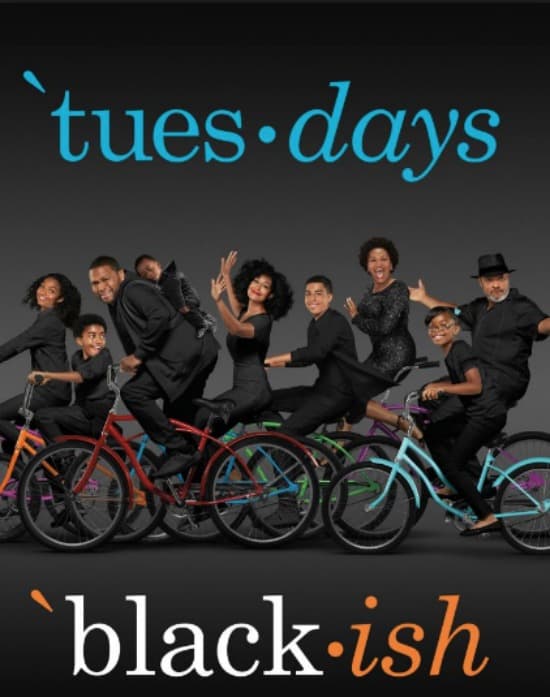 black-ish airs Tuesday nights on ABC at 9:00 p.m. EST. Have you watched it? What’re your thoughts on the season premiere? Drop us a line below and let us know!