“Vampirina”  is a new show on Disney Jr, telling the story of a young girl vampire who’s the new kid on the block when her family moves from Transylvania to Pennsylvania. I’m sharing some cool things you should know about the show and my interview with Chris Nee, creator and Executive Producer. 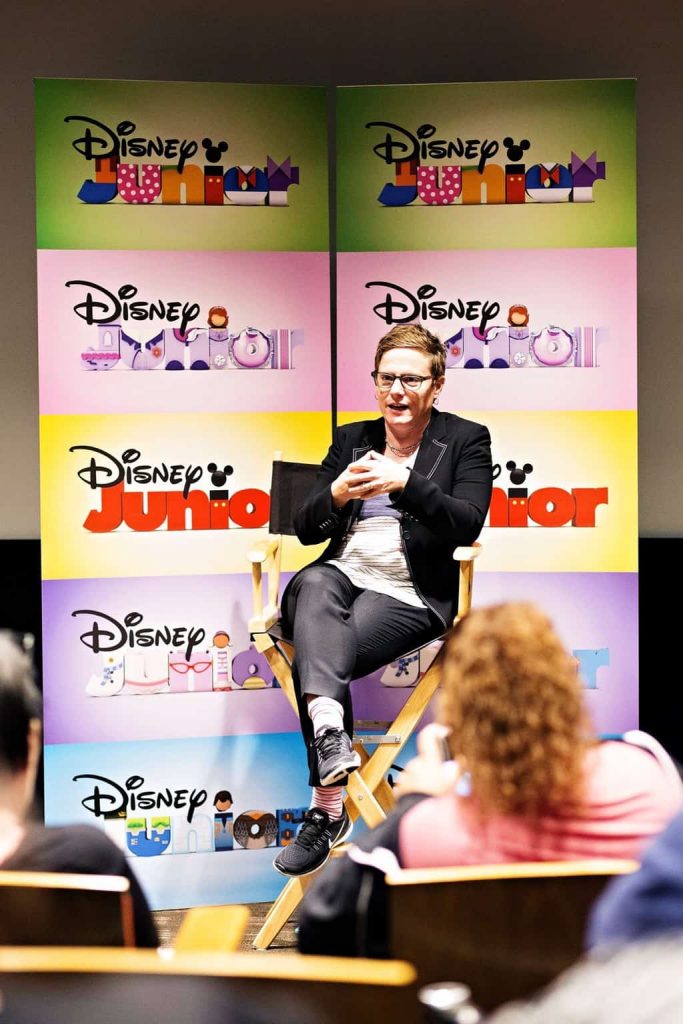 During my Thor Ragnarok trip a few weeks ago, I had the pleasure of meeting Chris Nee. Many of you may or may not recognize this name, but I’m sure most of y’all know Doc McStuffins!

Well, if you didn’t know Chris Nee is also the Executive Producer of a new Disney Jr T.V. series, “Vampirina”. Since we’re an all boy house, and no little kids, I knew nothing about this show. Before we interviewed Chris, we screened two episodes of “Vampirina” (The Ghoul Girls/Game Night).

After watching these episodes and chatting with Chris, I’m left with a few thoughts on why this is a great show for younger kids to watch.

There’s always a lesson to learn. In both episodes we screened, there was a theme and something for kids to learn. A question was brought up about leadership skills being portrayed throughout this series. Chris used the Game Night episode as a great example. “We all have different wants and needs and how do you negotiate that. And that’s what a great leader knows, how to figure out what the best course of action is for everyone. And it’s so hard, even in just kid games to figure out how to make sure that everyone is being satisfied and no one’s being left out and nobody’s being left behind.”

Wanda Sykes is hilarious as Gregoria. Chris stated that casting Wanda was “the biggest leap of faith because she’s a very cantankerous character for a preschool show. There were moments where I had to say, ‘I promise you it works in my head, it works in my head.’ It’s gonna be her with this voice and Wanda’s voice is Wanda’s voice.”

The music will make you sing along, even as an adult. I love music, and the music in Vampirina is something you will find yourself singing when the kids are not around. That song, “You gotta find your inner Ghoul.” was in my head most of the day. The beats are catchy, and the actors, like Isabella Crovetti can sing! Chris mentioned Isabella wowed them during her audition, “she’s a Broadway level singer who happens to live in LA and we get to take advantage of that.” And it’s obvious that Chris loves music because you find that a lot of music in this series. 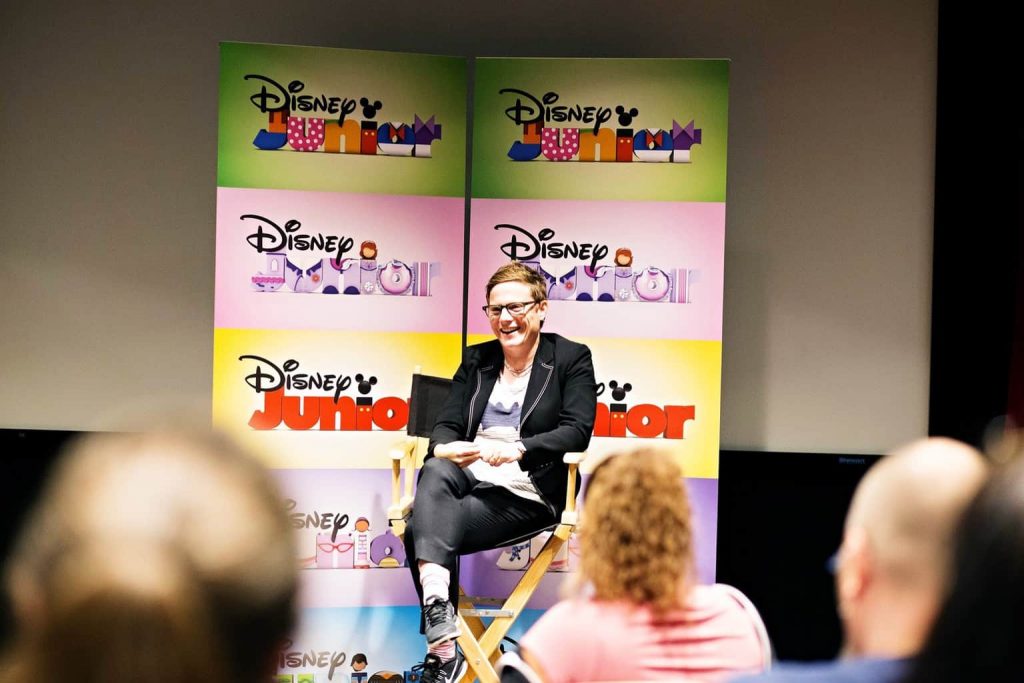 One of the characters is an inspiration from her sixth-grade teacher. Mr. Gore may be a fictional character on “Vampirina”, but Mr. Gore was Chris Nee’s sixth-grade teacher.  Chris stated he was an incredible teacher, and that he was one of the greatest teachers she has ever had! He left such an impression on her, she had to put a Mr. Gore in her series. “Yes, he’s named Mr. Gore for a reason.”

All kids are probably wondering, how is Vee able to go outside? According to Chris, they will cover wearing sunblock, and how she is able to go outside. So parents, stay tuned, this will be coming up in future episodes!

Girl themes are strong with Chris. You may notice a trend of great girl themes in Chris Nee’s work. Here’s why- “we have had a lot of boy lead characters and it’s definitely something–. I mean the story with Doc is that I created it for my son but I made her an African American girl. And I really believed that was the representation that mattered. And we didn’t need another boy lead character and I was still making it for my son and I believed that he would still care about the character.”

Chris went on to say that she wanted to shine a light and bring representation that was lacking on the screen. As a parent and an African American woman, I strongly believe having a variety of representation is important. I’m glad to see Disney embracing Chris’ ideas and creating shows that are different, but needed. 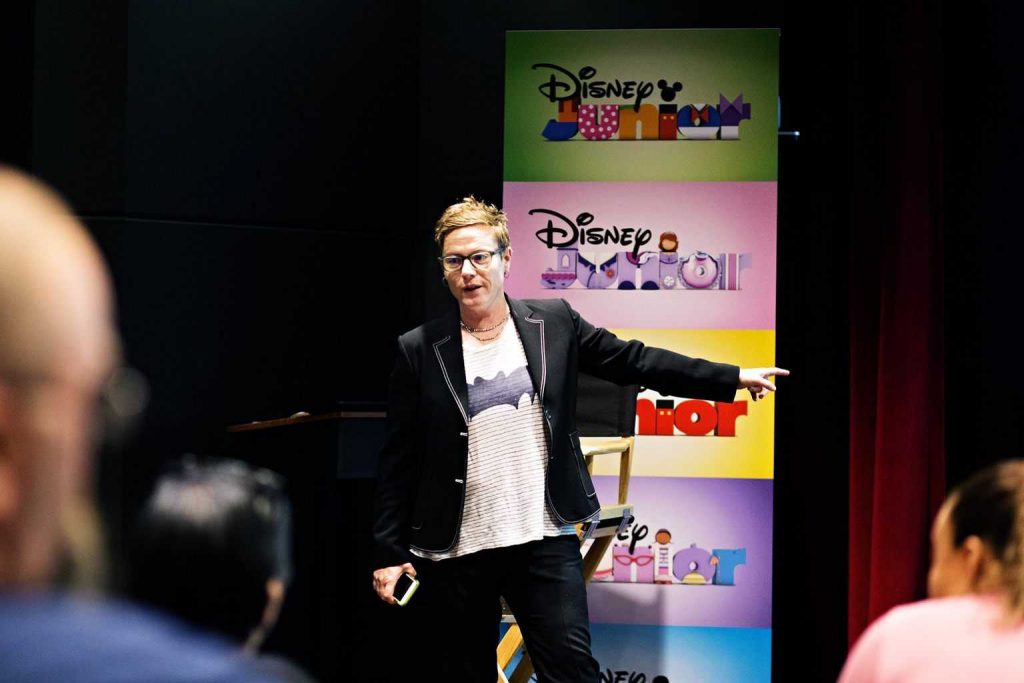 Acceptance is a big theme. We talk about acceptance a lot.  As human beings, we are all different. However, respect and accepting others is important. In “Vampirina”, Vee’s friend, Bridget is scared of everything. She’s a Debbie-Downer and always looks at the glass half-empty. She can come off as a little whiny, which was my initial reaction when watching “Vampirina” for the first time. Then I thought about it; so many kids are like Bridget. So many kids struggle with finding friends, being socially accepted, and have a high level of anxiety. As a parent with kids on the Autism Spectrum, I know first-hand how hard this is. Then I started to think about Bridget and the show in a different light. Even though Bridget has a lot of anxiety, shoots down everything positive and turns it into a negative, her friends still love and accept her. They encourage her. They work with her. They stick it out with her. And in the end, she realizes it wasn’t as bad as she thought it would be. However, she needed the encouragement of her friends to sing in the band, and encouragement to keep trying. Even though this may be for pre-schoolers and little kids, this is a lesson we can all learn. Sometimes we can’t give up easily on the Debbie-Downer type of person, they need someone to give them the boost they need, along with patience and kindness. 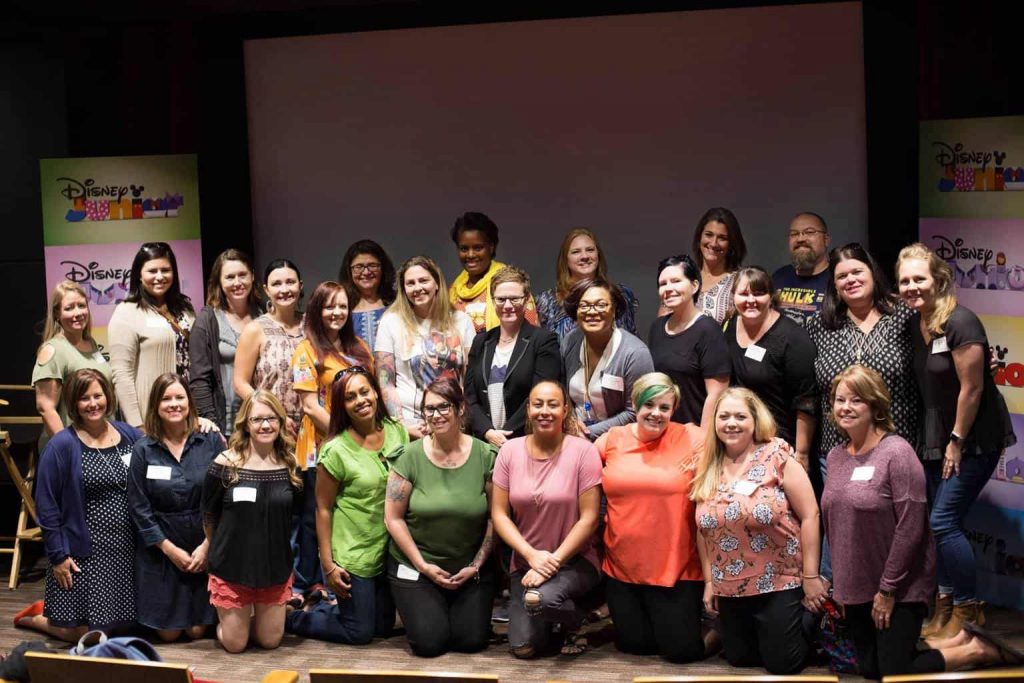 After chatting with Chris, I can see why shows like Doc McStuffins is a HUGE success, and I’m sure “Vampirina” will be as well. When asked what her secret was to writing or crafting shows that both kids and adults love, Chris had this to say. “I would say that I think it’s incredibly important because what I really want to do is bring families together to watch shows. And I think those shows that so actively sort of alienate the parents really create the separation in the enjoyment. For me, whatever reason, I have a great ability to remember what it felt like to be a kid and that’s obviously what I’ve tapped into for twenty years working in kids TV.”

Chris shared that another part of her success is writing the show for herself. She’s a parent, and writes and produces shows that she would want her kids to watch.

If you’re a parent or remember your childhood T.V. shows, then you understand and get why shows like Vampirina is important for today’s generation.

“Vampirina” comes on Monday and Fridays on Disney Jr (check your local cable network for accurate times). Do your kids watch this show? If so, drop me a line below and let me know what you and the kids think about “Vampirina!” 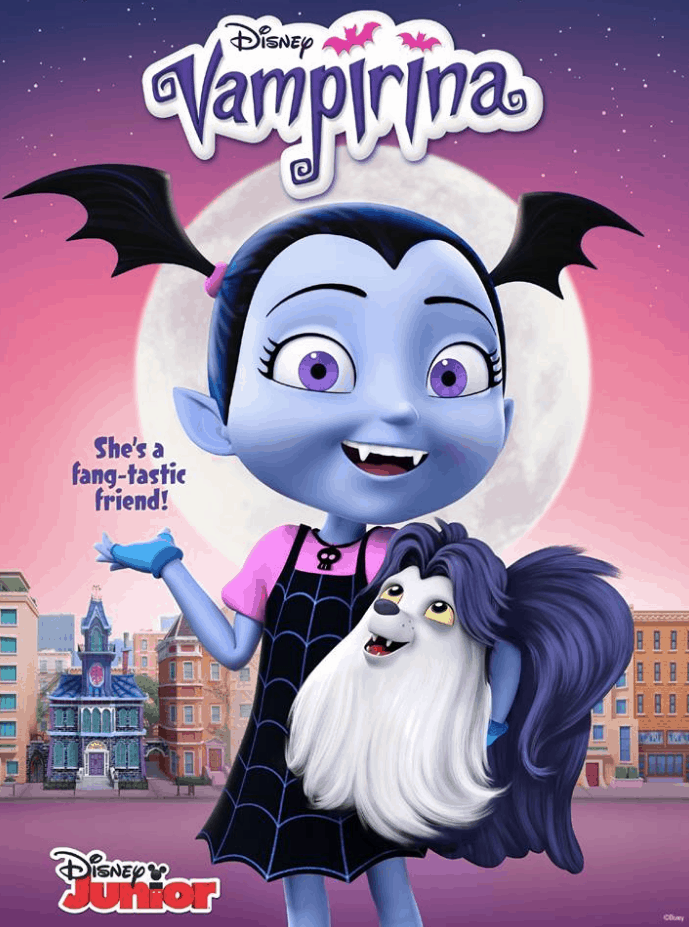 Disney is hosting me on this all-expense paid press trip to the #ThorRagnarokEvent and other Disney press events. However, you will always be reading 100% of my own thoughts, squeals, and opinions!
« Best Buy Helps You Get Ready For The Holidays – Appliance Sale
The Vampirina Kid-Friendly Drink »