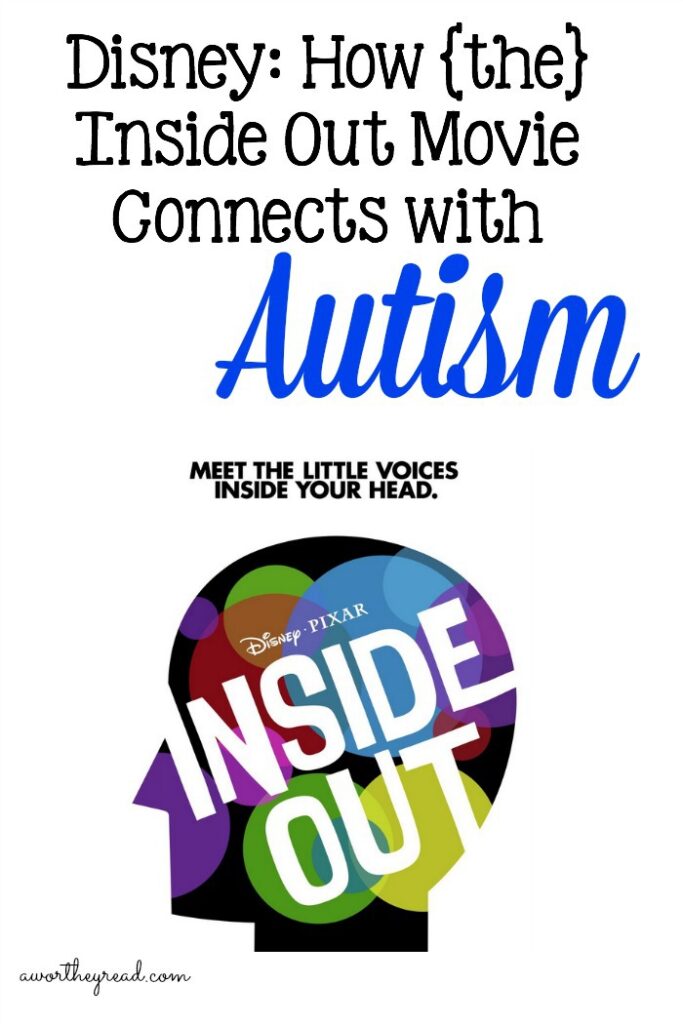 Disney: How Inside Out Movie Connects With Autism & Inside Out FUN Activities

Related: Make your own Inside Out Cupcakes

Growing up can be a bumpy road, and it’s no exception for Riley, who is uprooted from her Midwest life when her father starts a new job in San Francisco. Like all of us, Riley is guided by her emotions – Joy (Amy Poehler), Fear (Bill Hader), Anger (Lewis Black), Disgust (Mindy Kaling) and Sadness (Phyllis Smith). The emotions live in Headquarters, the control center inside Riley’s mind, where they help advise her through everyday life. As Riley and her emotions struggle to adjust to a new life in San Francisco, turmoil ensues in Headquarters. Although Joy, Riley’s main and most important emotion, tries to keep things positive, the emotions conflict on how best to navigate a new city, house and school.

We all have little voices in our head

Now, imagine if the premise of this particular Disney film were a reality. Imagine if our emotions were flipped and we could hear them. Not just small flourishes, but very literal voices in our heads. Individual and independent voices presenting arguments for or against, claims stated and interpretations offered. Ambassadors of the id and the sub-conscious. Well, yes, we all have emotions. But, we can suppress and quiet them, but what if we couldn’t so easily shush them? As a Mom of twins whom are very front and center on the Autism Spectrum, this would be fantastic, or naw. Reciprocal communication is hard enough with “normal” kids, but with our boys there exists additional challenges.  There is the hyper-elevated anxieties, the ultra thin-skinned self esteem issues and the extreme polarity pre- and post-breakdown running both hot and cold; and often within nano seconds of each other. And here’s the rub, high-functioning children on the Autism Spectrum fool many an onlooker because they “look” or “seem,” to be well-adjusted. However they’re anything but, and it is this reality that scares the hell out of me.

The chinks in the armor can upend the calm without warning:

We constantly struggle when it comes to understanding what our twins are feeling and sometimes even saying. At times the legible words come out but their body language is saying something totally foreign and different. Or it is the off-kilter inflection of an uttered word. Or the stressed nuance of true-meaning rippling just beneath the surface.

Yes, as high-functioning Auties they can verbally express themselves, to a degree. At times I catch them delivering what they think I want to hear, but I know better and it hurts. It hurts because I don’t want to push too much and have them clam up or totally shut down on me. Expressing their feelings appropriately is tricky business and can often miss the mark. I think I would love to know when things are not going well for them: when they are in pain, feeling angry, mad, alone or scared. They do express their feelings at times, but usually it takes a bit of me tactfully pulling it out of them.

Our youngest twin is very quiet and reserved, he will not give you much to go on. Hardly displaying any visual cues regarding his true state of mind. The other twin is much different, he almost “feels” too much. As if he is acutely attuned to every slight emotional temperature and variation orbiting his atmosphere. He wants so much to be liked and included, as a result he over compensates. Often his approach backfires and is off-putting to the very kids he so desperately wants to befriend.  He feels he has to please others for them to like him.  And as parents we agonize over his style of extending the hand of friendship, because we don’t want cruel kids to take advantage of his kindness. It is impossible for us to make him understand in language he will understand or be receptive to. Mortifying stuff for sure.  Then having to live through his friendship failures and mishandling, his wounded spirit when classmates say mean things to him. The raw hurt in his voice, his stooped posture like the weight of the world is weighing him down.  Especially when he tells us in his “Eeyore” voice (from Winnie-the-Pooh). It breaks my heart in two. 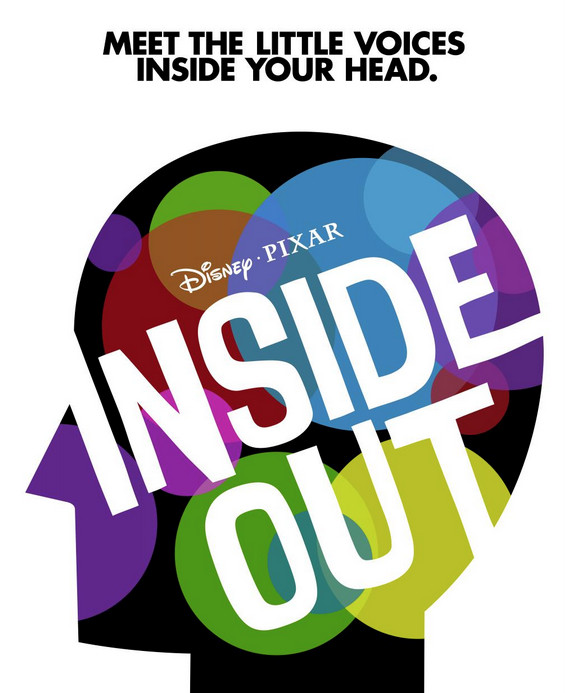 When art imitates life in a way we long for:

In the movie, Riley is guided by the following emotions:

If Riley had Autism, perhaps she would also be guided by:

When it comes to Autism, people often “think” those on the spectrum have a limited range of emotions. As if they are emotionally truncated, or worse they’re blissfully unaware of the world around them. Often it is quite the opposite: they are too emotionally sensitive and forthcoming. Just because our kids are socially awkward; Just because they are a patchwork of subdued and unmastered quicksilver emotions just means we have to work harder to help them figure it all out.

Mental health is often not what one thinks it is:

When I think of my twins, I do my best not to compare how they react to something vs how their neurotypical brother reacts, or how I think they should react. One twin will give me emotion aplenty, but usually not the “appropriate emotion” (60% of the time). Or maybe what I mean is at times he applies to much to small things and in his mind those small misunderstandings are huge.  And when I say appropriate, I mean the correct one to use for the situation. The other twin will barely show emotion. I can say, “We’re going to Disney World,” and he may say, “Okay” very flat and deadpan and that’s it. I have learned over the years not to show my disappointment at him not getting excited about the things I think he should be excited over. I have accepted  him as he is, and maybe that is what autism is, learning my boys and accepting them. But also helping them learn me and this big bad crazy world. Yes, he may not say, “Yay we’re going to DISNEY WORLD,” but I know deep inside he is happy about going. In this journey, you learn to take what you can get.

I have accepted my lot, there will be no Riley like scenarios and that’s okay:

In the end Riley can keep her hyper-aware emotions to herself.  When I think about it, I really don’t want anyone’s emotions given an audible voice outside their head space.  I’ve heard some pretty dark things fly out of my kid’s mouth, and I wouldn’t want them repeated or shared with others.  And honestly we all “go to the dark side” at times.  Our collective quirks  are the stuff which makes us human and humane.

My boys need me in ways I never expected to be needed. And that is a reality check of gigantic proportions. And where I am not capable, it is my job to get my boys the help they need. To know one’s limits is a learned wisdom too.

While I would I fancy a need to have a bird’s eye view to our  children’s emotions, I’m okay to let the fantasy of Inside Out just stay in fictionally in the world of make believe.

This movie will hit the Theaters on June 19th 2015 and I’m looking forward to checking it out. I do plan on taking the boys to see this movie as well. Maybe they will find a way to connect with Riley through her emotions and theirs. And maybe it will help them see connections and being okay and confident enough to express their own emotions a wee bit more.

One can only hope.

In the meantime, here are a few activities your family can do to help you get pumped and excited about seeing Inside Out.

And here’s a sneak peek of Inside Out:

Have fun with these Inside Out activities!! 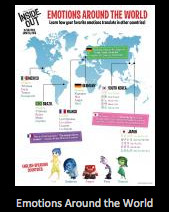 Emotions Around The World 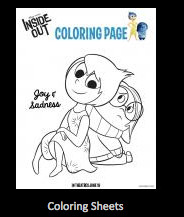 Inside Out Coloring pages 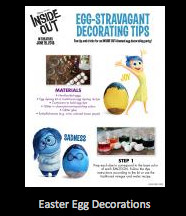 Make your own Inside Out Cupcakes 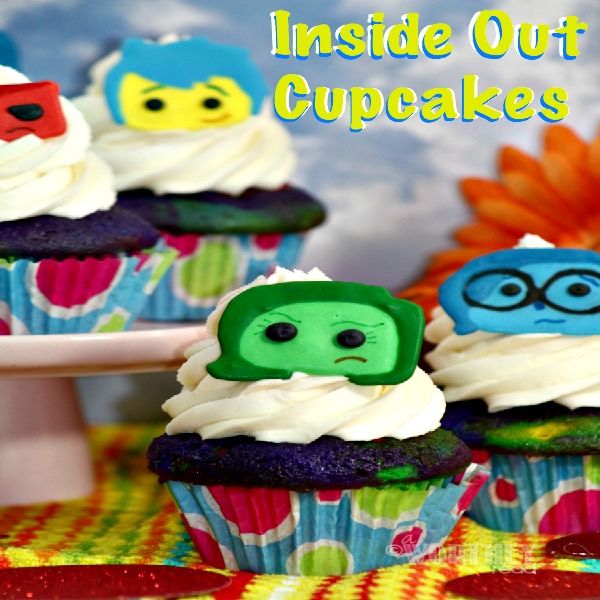 Will you be checking out this new Disney movie, Inside Out? If you do, come back and let me know what you think!!

Do you see any type of connection with this movie and Autism? If so (or not) leave me a comment below! I would love to hear what you have to say!