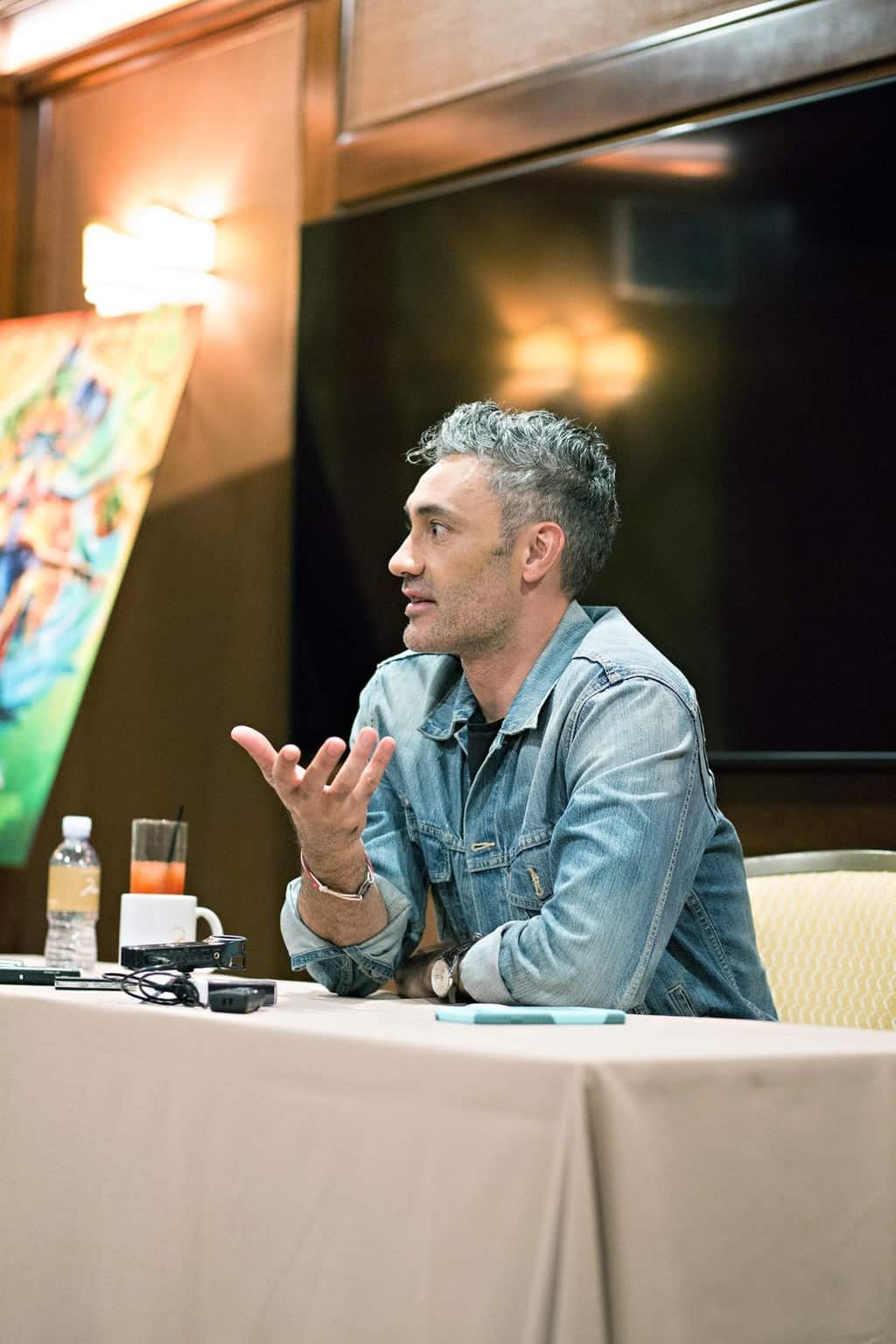 After screening Thor Ragnarok, I couldn’t wait for the chance to talk to Taika Waititi, the director and the secret weapon (in my opinion) on why Thor Ragnarok is the best Marvel movie to date.

Thor Ragnarok is different from the previous Thor movies. It’s funny and full of action. With several new characters, you will grow to love them all, thanks to Taika Waititi. 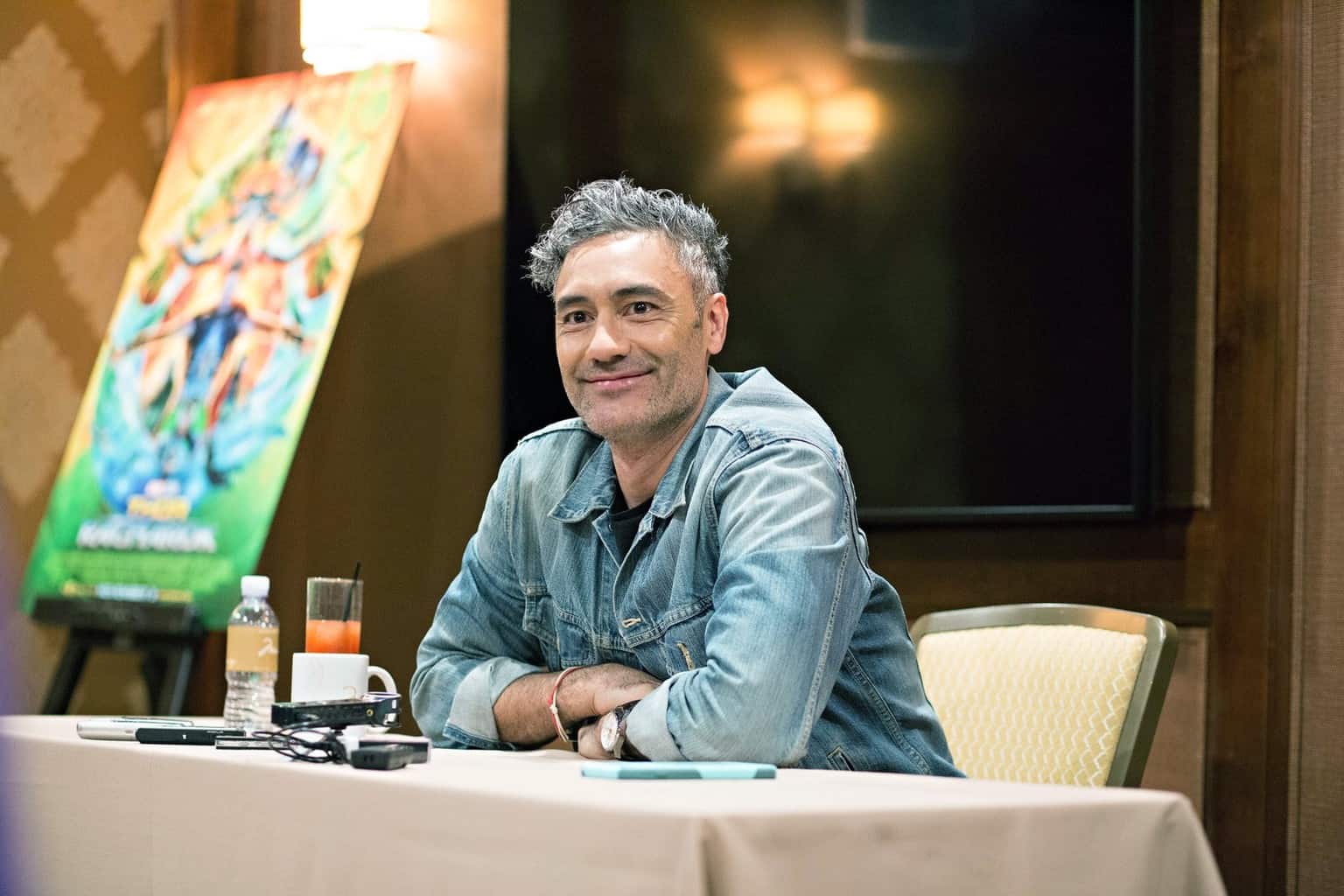 Taika walked into our interview room full of energy and ready to go. As soon as he walked in and started talking, I immediately could see WHY Thor Ragnarok was hilarious and will be a hit when it comes out in theaters on November 3rd. 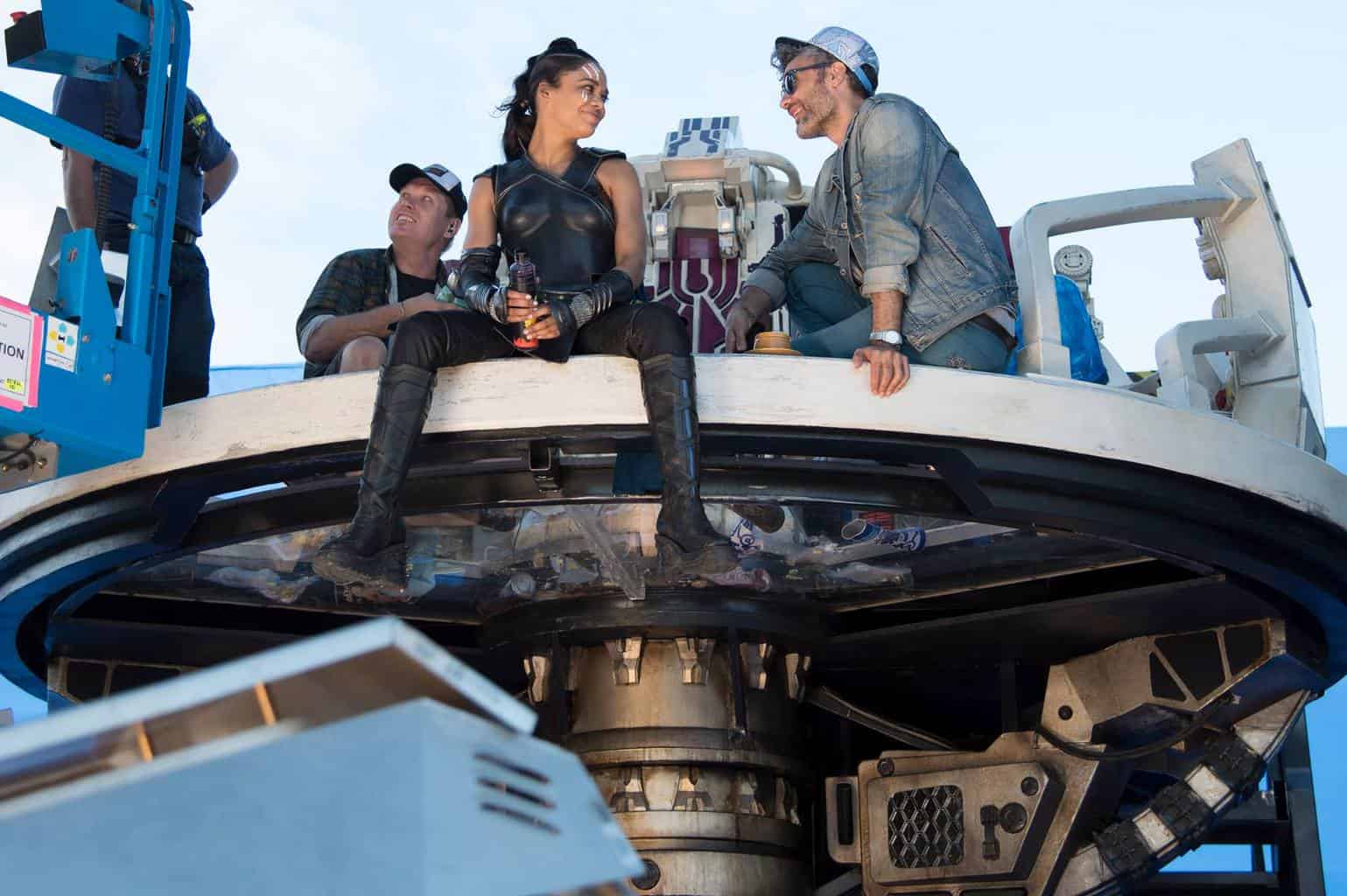 Why Marvel Wanted To Work Him

When producer Feige hired Taika Watiti, a native New Zealander, to guide the third installment of “Thor,” he was looking at Waititi’s particular style of filmmaking and what that could potentially bring to the franchise. “We were looking for a filmmaker to really help us redefine the tone for what a Thor film could be,” Feige explains. “When it came time to figure out what filmmaker could carry on the franchise, we thought about movies we liked. Taika has done such incredibly funny, incredibly deft directorial outings. ‘Boy.’ ‘What We Do in the Shadows.’ ‘Hunt for the Wilderpeople.’ He’s an amazing talent. He’s never done anything on this scale before, but that’s okay because we wanted his unique vision.” 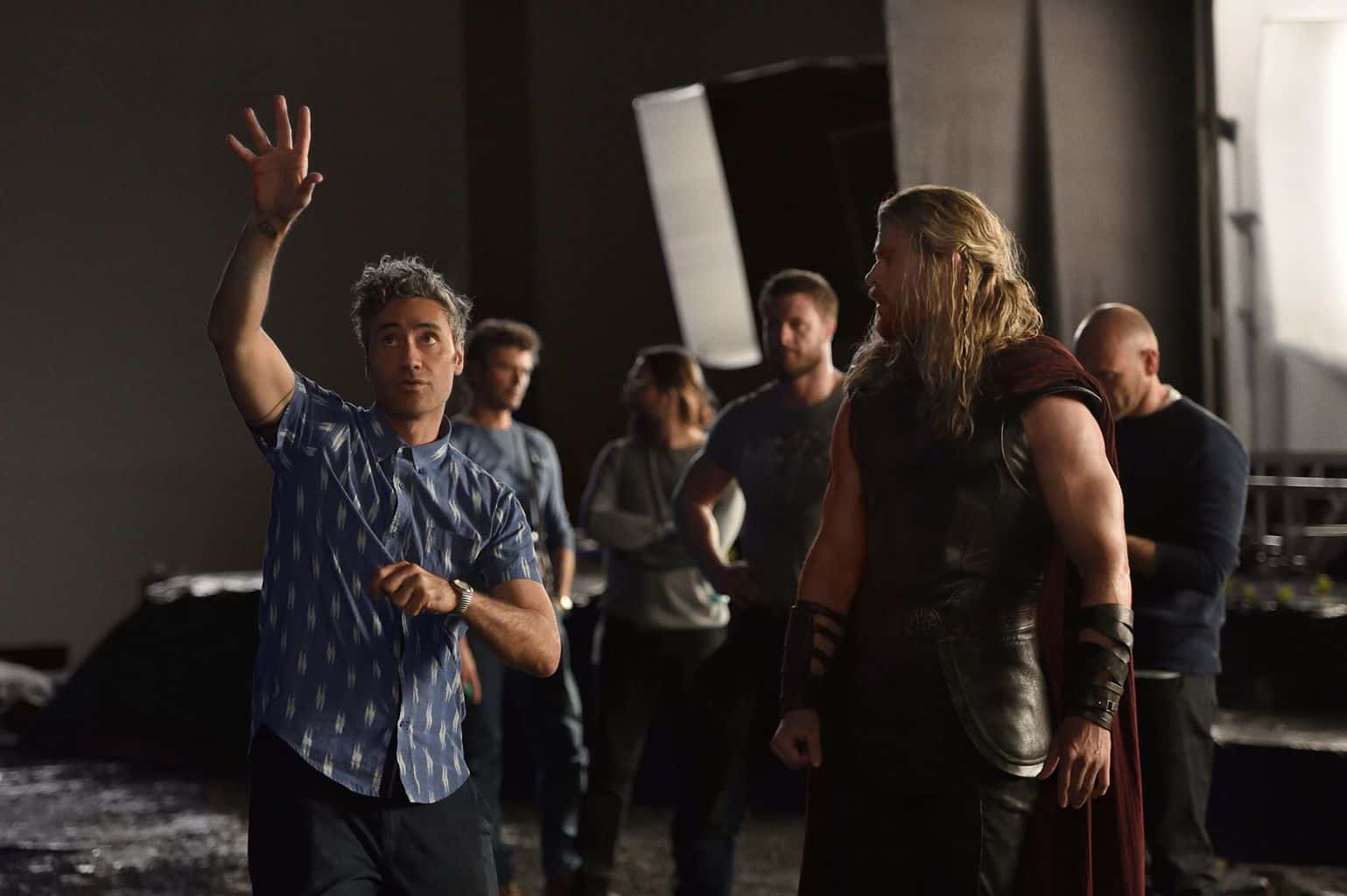 On Set With Taika

When you have a brilliant and comedic like Taika, there’s going to be a lot of fun on set. Many of the actors commented on how much they enjoyed working with Taika. There was a lot of laughter and music flowing on the set of Thor Ragnarok. “I ruined most of the takes by even being in the scene laughing and ’cause the way I do it is I’m the farthest closest to the actors and just stand there say this, say this, say this. Poke them in the shoulder and that’s a really good complex problem. You know you can just like manipulate people, you know. I can’t believe I’m making Anthony Hopkins do whatever I want.” 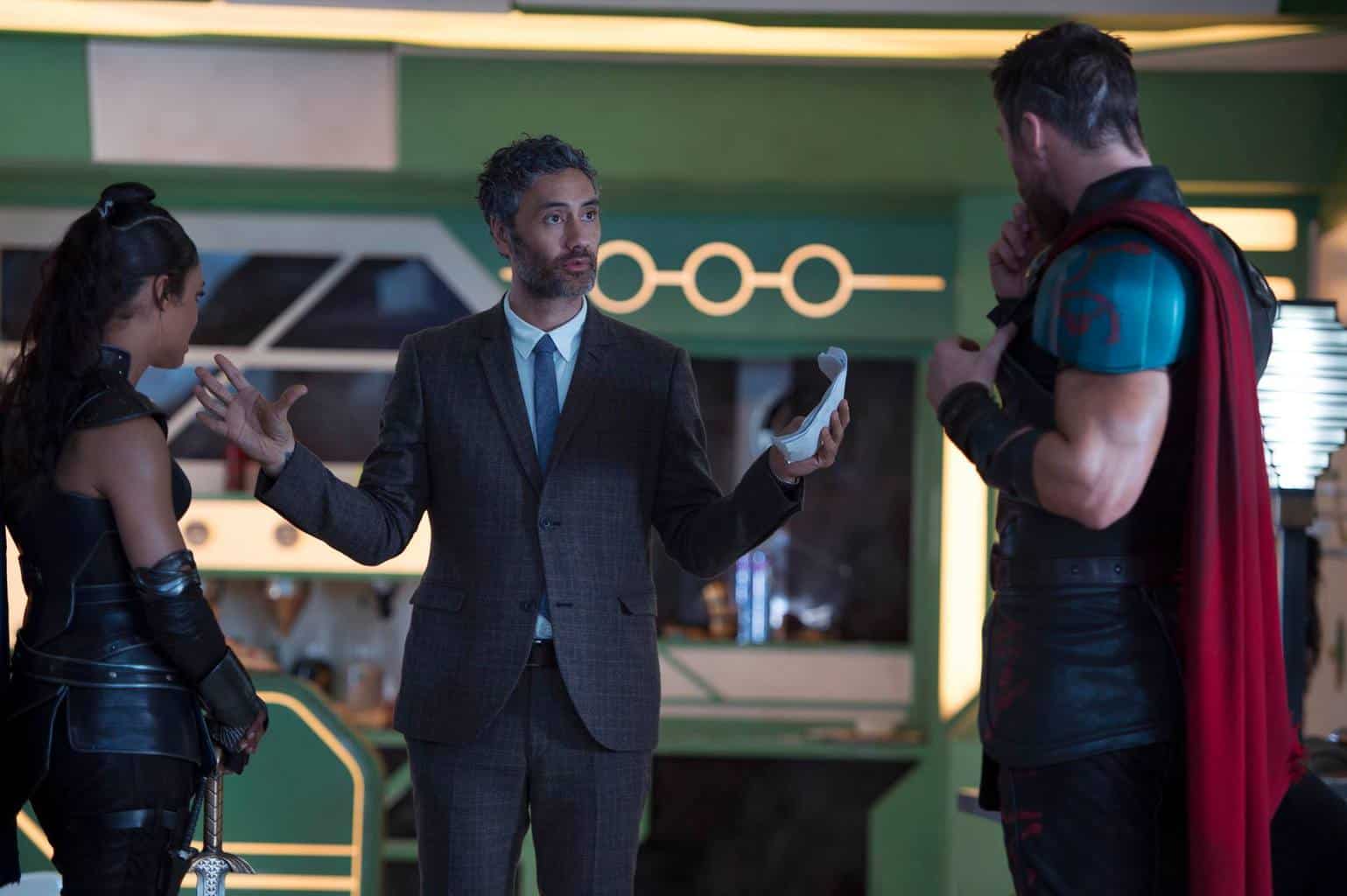 On Working With Marvel

This is Taika Waititi’s first time directing a Marvel movie, so no pressure, right? Well, according to the raving reviews about Thor Ragnarok, and how much Kevin Feige and the cast enjoyed working with Taika; it’s safe to say he passed the test with flying colors. Taika explained his thoughts on jumping into bed with Marvel, “It was herring and exciting. I guess Marvel lost their mind or they’re just asking anyone to do anything. I was really unsure if I really wanted to get out of my comfort zone.”

Taika went on to explain he wanted to get out of comfort zone, and working with Marvel was the thing that would take him to the next level. “It was my big dream as a kid.” 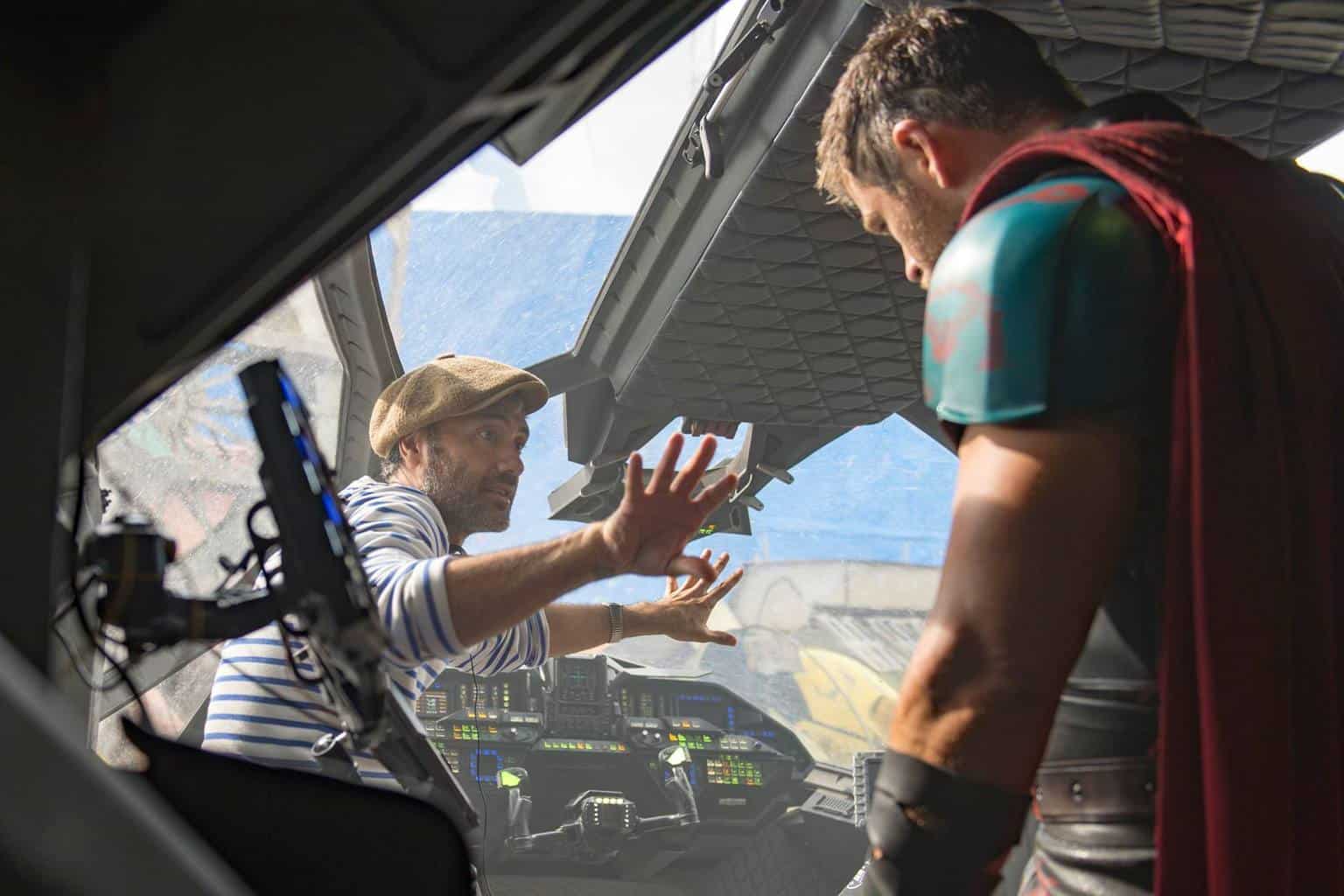 On Being IN The Film With Thor & Hulk

Taika is not only the mastermind directing Thor Ragnarok, he also plays Korg. Korg is a super funny, but clueless character wanting to start a resistance on Sakaar. Taika freestyled all of Korg’s lines. This happened quite often throughout the movie. Many of the characters’ lines were improvised. “There’s a lot of stuff in the film that’s ad-libbed.” according to Taika Waititi.

Taika was asked about the pressure of working with Thor and Hulk together in a film. “Because I am a self-saboteur. Any chance I get to, you know, to put my career at risk I’ll just do it. I will wage myself up in any film I do.”

“So, when we started developing the character of Korg, I started thinking maybe there’s an angle there,” Waititi elaborates on his choice of featured role in the film. “That seemed like a character that I could play around with while getting to do some stuff with Chris Hemsworth. I was an actor before I was a filmmaker. So, I’ll enjoy that part of it.” 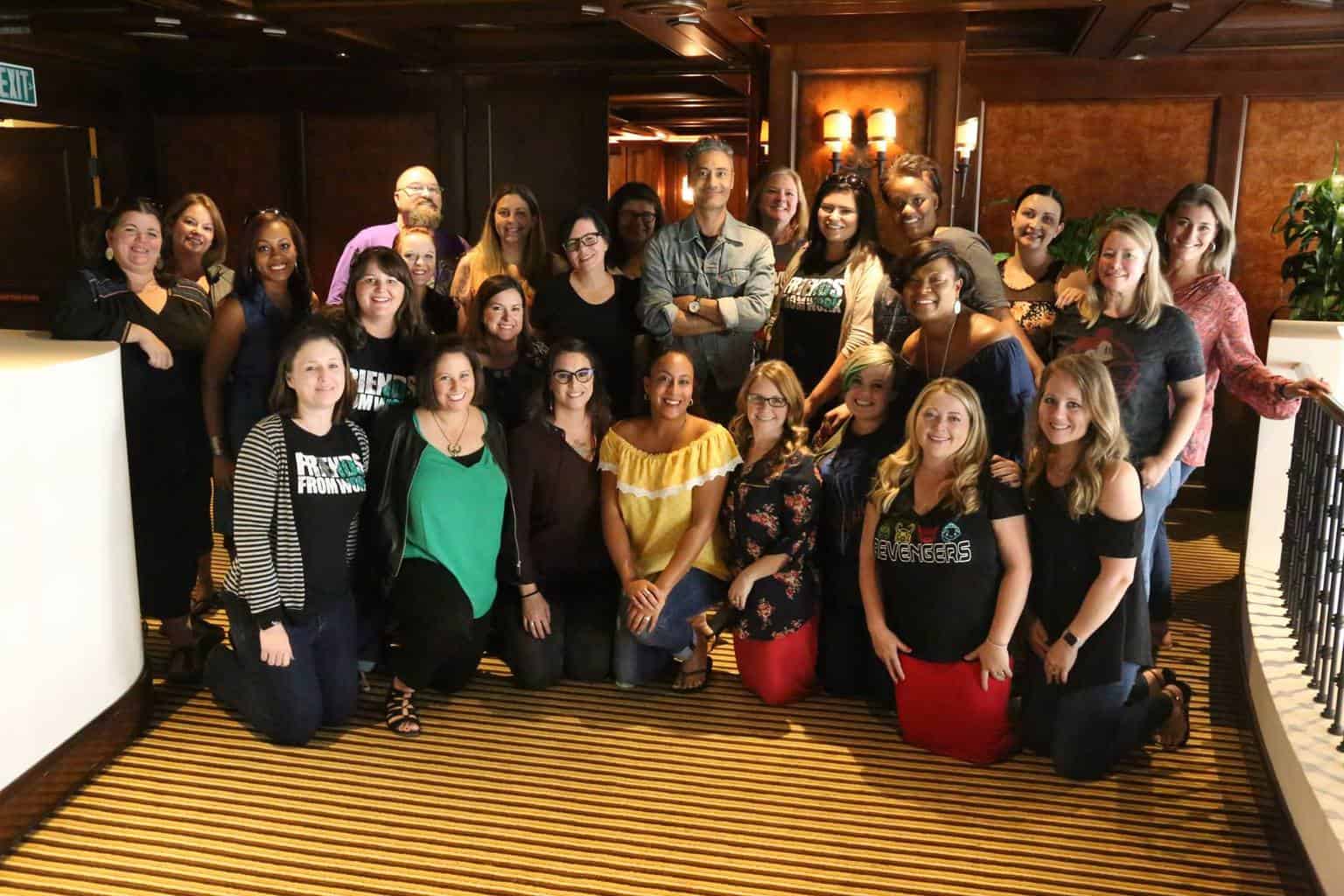 Taika’s fun personality, witty responses, and vibrant energy made for a lively interview. After screening Thor Ragnarok, I left the theater feeling like this movie was FUNNY.  I hope Marvel considers keeping Taika around for future films because his energy and vibrant personality is the driving force behind the success of Thor Ragnarok.

You can read my spoiler-free review of the movie, 5 Reasons Why Thor Ragnarok Delivers As Being The BEST Marvel Film To Date. 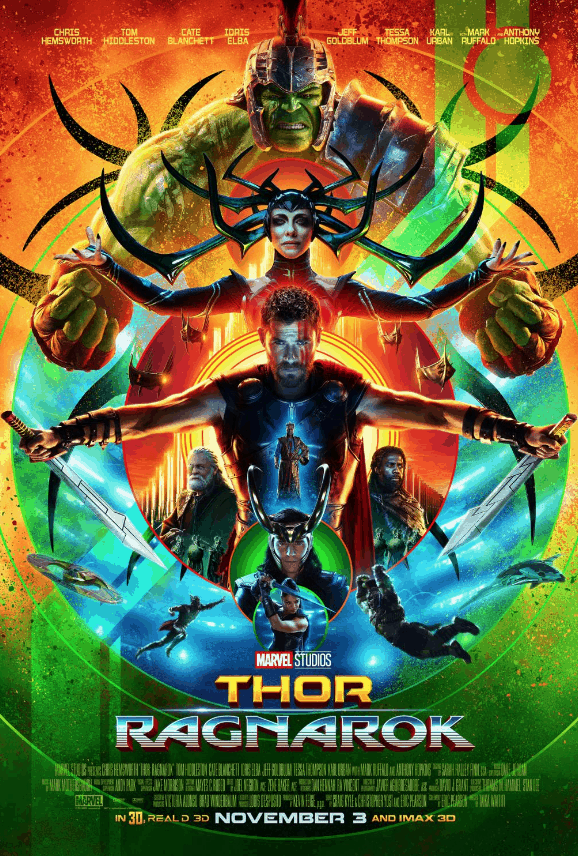