For those adults with wicked humor and who love to have fun with Elf on the Shelf, check out this list of naughty & slightly inappropriate elf on the shelf ideas to try this year. 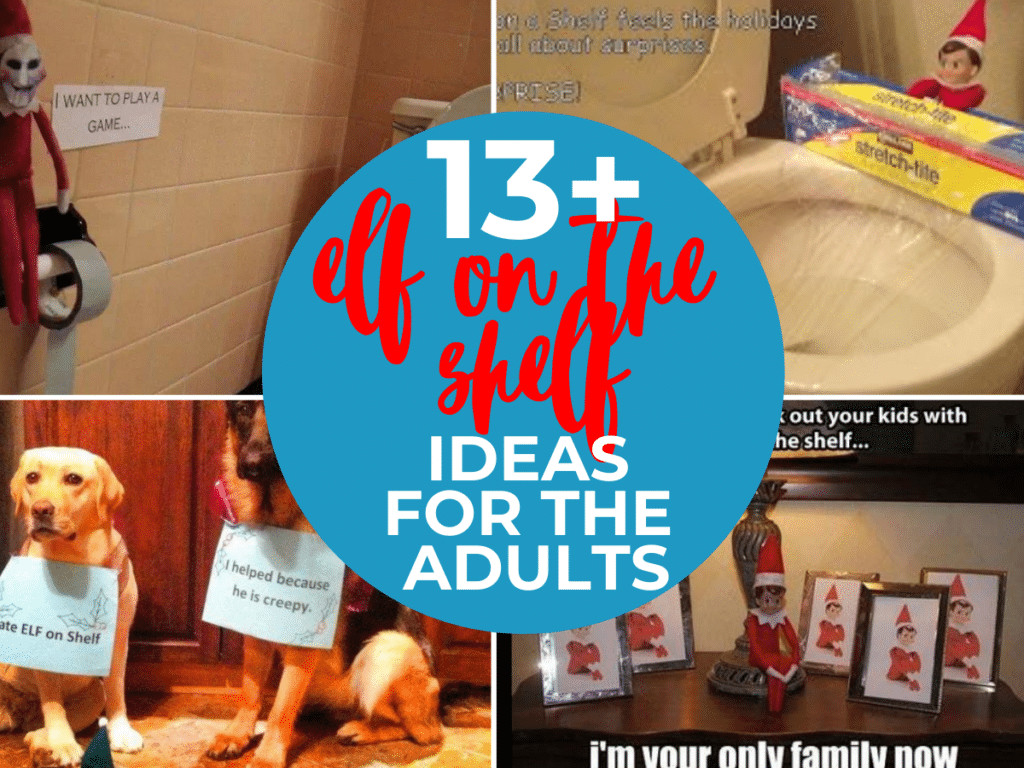 This is NOT for little eyes!

If you’re new to the whole Elf on the Shelf idea, then you can read about what this whole crazy phenomenon is all about HERE.

You can get your own Elf on the Shelf from Amazon. 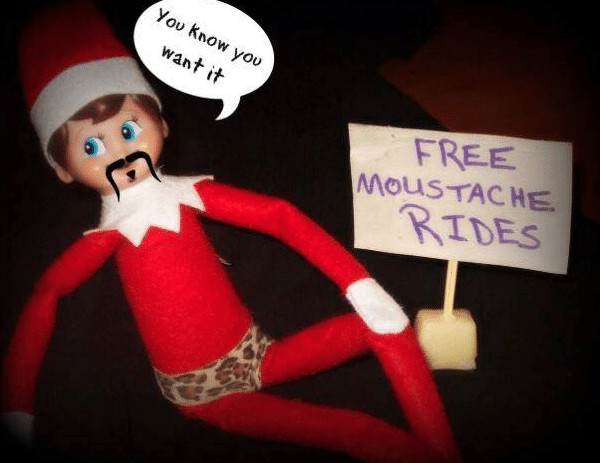 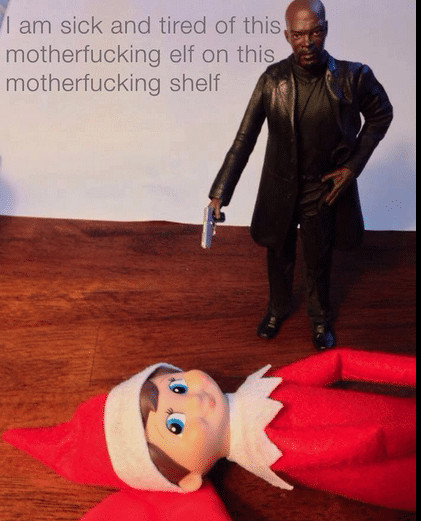 I LOVE Samuel Jackson and this sounds like something he would say….. {photo credit} 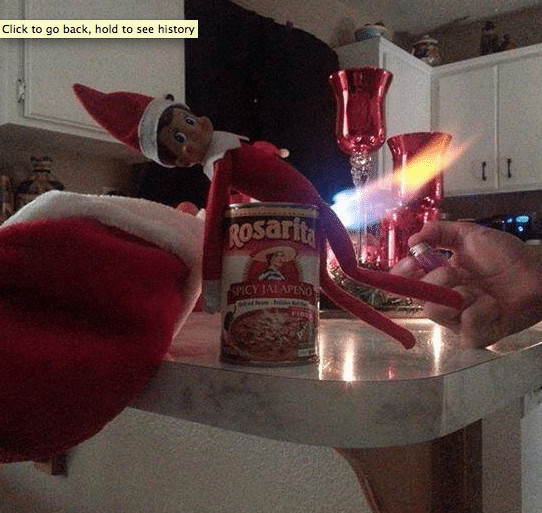 Ha!! Have fun with this one: {photo credit} 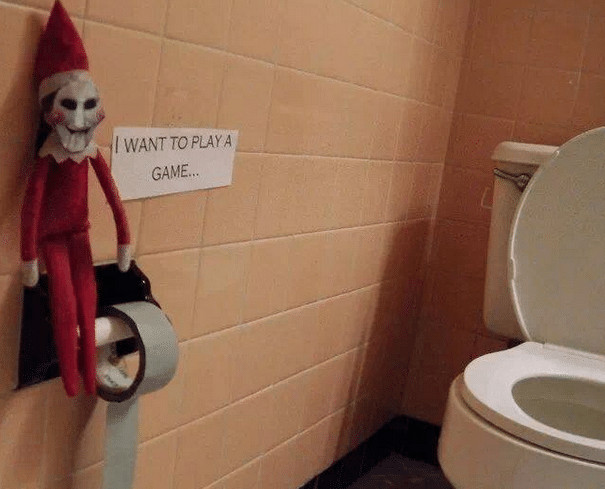 Oh, snap… I don’t I wanna play this game!{photo credit} 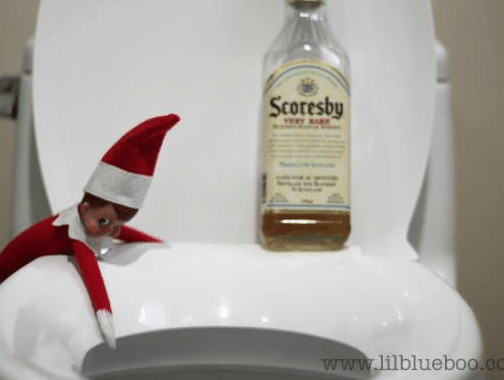 Somebody had WAY too much to drink last night! Naughty Elf..{photo credit: lilblueboo.com} 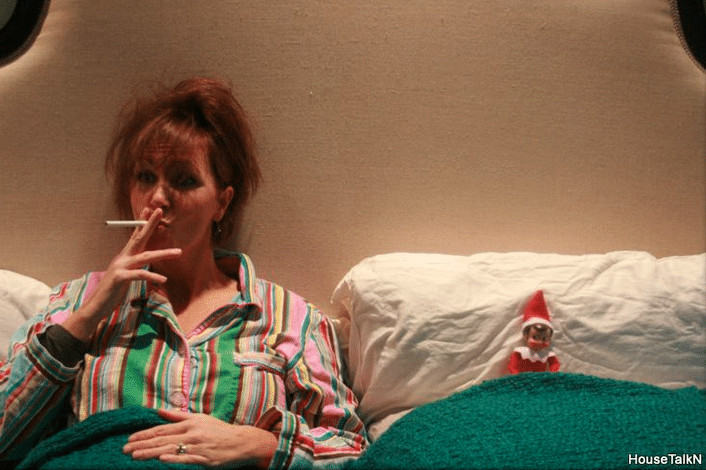 Elf on the Shelf smokes? I don’t know if I approve of that…. not good for your health Elf!{photo credit: House TalkN} 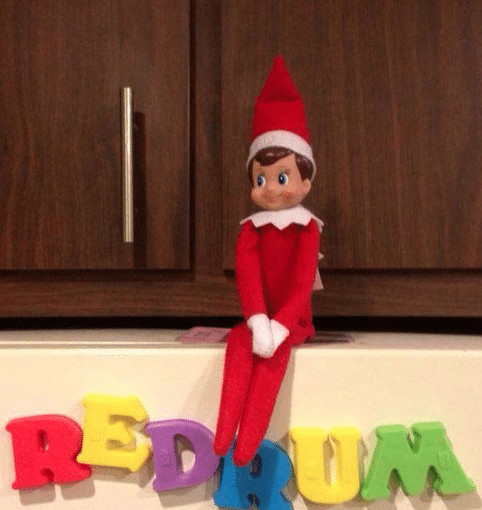 I’m feeling a little nervous about this one….{photo credit} 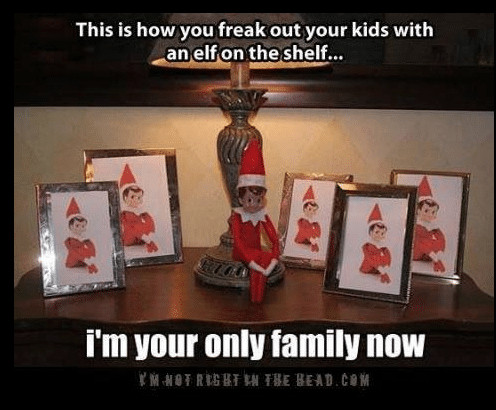 Yeah… I’m totally freaked out right about now! {photo credit: i’m not right in the head} 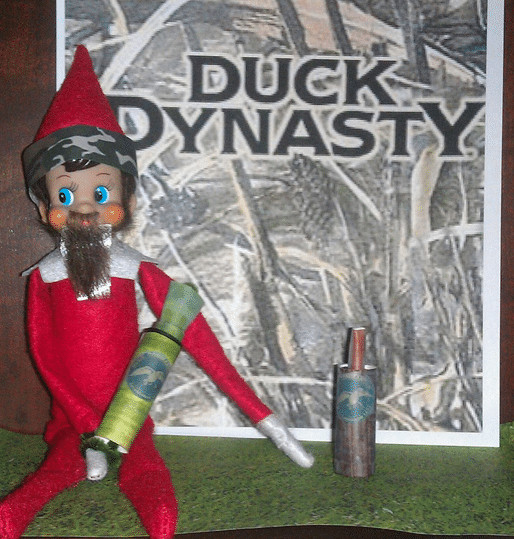 Duck Dynasty! I don’t get this shelf.. but apparently, Elf on the Shelf is a fan! LOL {photo credit} 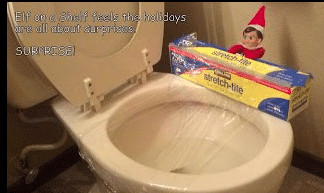 Wow– he is really being naughty here! Talk about a surprise when trying to go to the bathroom… tsk tsk Elf on the Shelf!{photo credit} 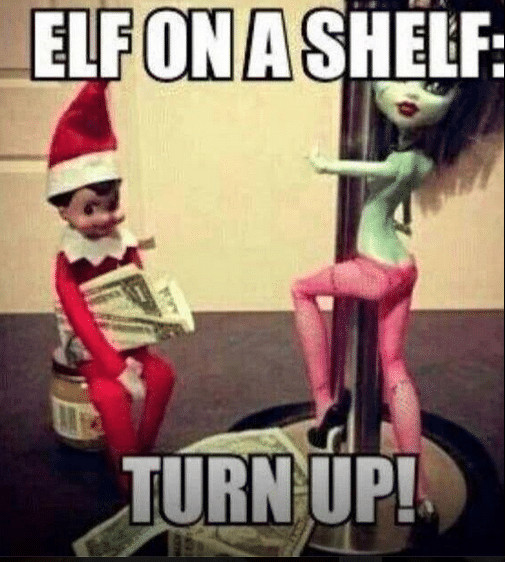 He had his own private strip club! WHAT???? I wanna know who gave him money?? {photo credit}

So that’s how they feel about him… MAN! That’s harsh! LOL {photo credit}

Elfie loves to watch Scandal! This past week’s episode was CRAZY! 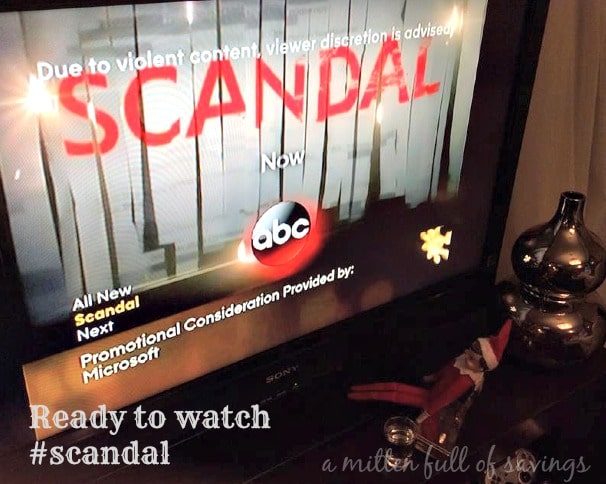 HE DID WHAT?? Elfie had to get closer to watch this scene with Huck and Quinn! She got what she deserved, tho!

DONE– by the end of Scandal, Elfie couldn’t take any more- between his shot of rum and the ending of Scandal, his little heart flatlined for a bit, and he was passed out!

to put it in pictures…

And last but not least… this is not really inappropriate but had to include it! My girl Sweet Brown #aint nobody got time for that! I LOVE her and I’m always using this phrase! {photo credit}

Find other Elf on the Shelf ideas:

Elf on the Shelf Sets, Accessories, and Other Great Items