I am sharing my 10 takeaways from my interview with Forest Whitaker on his character Zuri in Marvel’s Black Panther, which includes how he prepared for this role, how it was working on his first Marvel movie, and the messages he wants viewers to leave with after seeing the Black Panther movie. 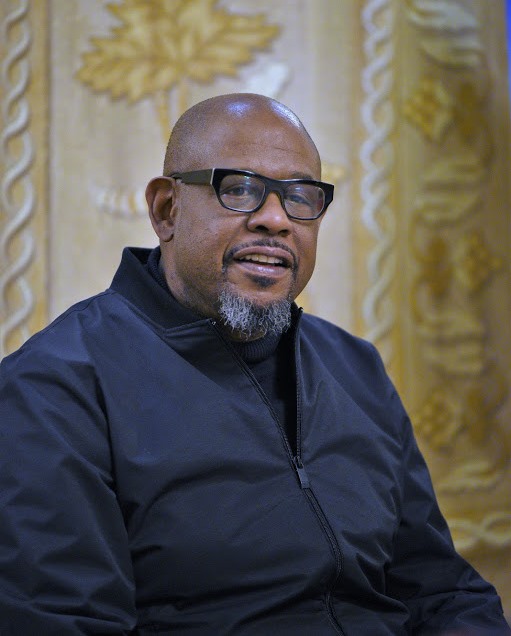 After attending the world premiere of Marvel’s Black Panther film, I, along with 24 of my colleagues had the honorable pleasure of interviewing Golden Globe and Academy Award winner Forest Whitaker. He plays Zuri in Black Panther.

Zuri is the spiritual leader of Wakanda. A good friend to former King T’Chaka, Zuri has become a mentor figure to T’Challa, bestowing his knowledge and wisdom onto the Black Panther. Zuri is also the keeper of the Staff of Bashenga and tends the garden of the Heart-Shaped Herb that gives Black Panther his powers. For Academy Award® winner Forest Whitaker, joining the “Black Panther” cast as Zuri was akin to a family reunion with Coogler and Jordan with whom he collaborated as a producer on “Fruitvale Station.”

What you see is what you get

Forest Whitaker has mastered some powerful performances over the years. Many of us know him from the roles he plays- which are usually powerful, but quiet. Well, folks, he’s like that in real life. Throughout the interview, there was a reserved, but mighty presence around him. He didn’t say much, but when he delivered, he left us with something to chew on.

A statement was made on how he has mastered quiet performances better than anybody else. You always leave a big impression.

Forest stated that it’s about having the right thoughts and internalizing life when all of that is going on. “Hopefully, an audience will be able to feel what I’m thinking, what’s going on inside. That’s kind of what I do, just to figure out what I feel, and what I think.” 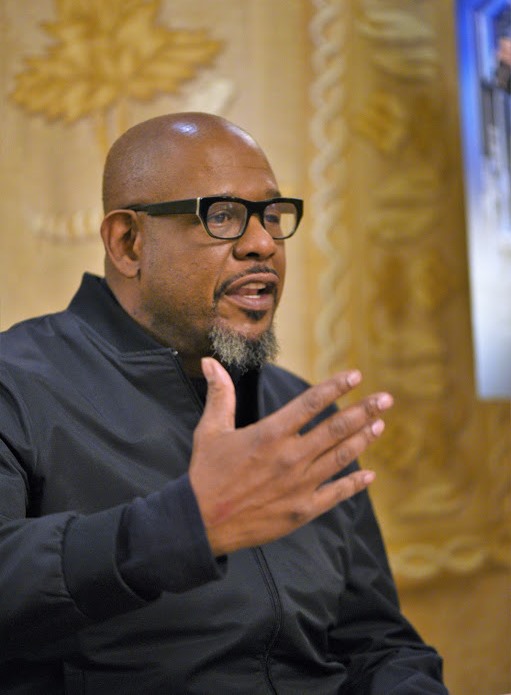 The magic formula of preparing for a movie role

When Forest is preparing for a role, he spends a lot of time researching the role and the film. “I start to study the different people and the things that they do, and meet different people and get different voices worked on. And then slowly it just comes together. I don’t know if there’s a magic formula. At some point, I can say, the magic formula for me is, I just surrender. I just say, okay, this is your space, and let’s make it happen and do it. And I believe. That’s kind of the magic formula I’d want to have.”

Every role is different- there should be a little fear

“Every experience is really different. Every movie that I do, most of the time, is different, and then when it starts to get too similar, then I know that there’s something wrong. If I can’t feel a little fear about it, and I don’t feel like I’m going to change or grow from it, then it’s something wrong. Maybe I shouldn’t be doing it. You know. And then I have to examine the reasons why, whether it’s life, or, you know what I mean?”

When Forest said this profound statement, it really hit home. Whatever we do in our lives, we should constantly be growing- moving up. I had to think, am I doing the right thing? Am I growing or changing consistently in my life? #foodforthought 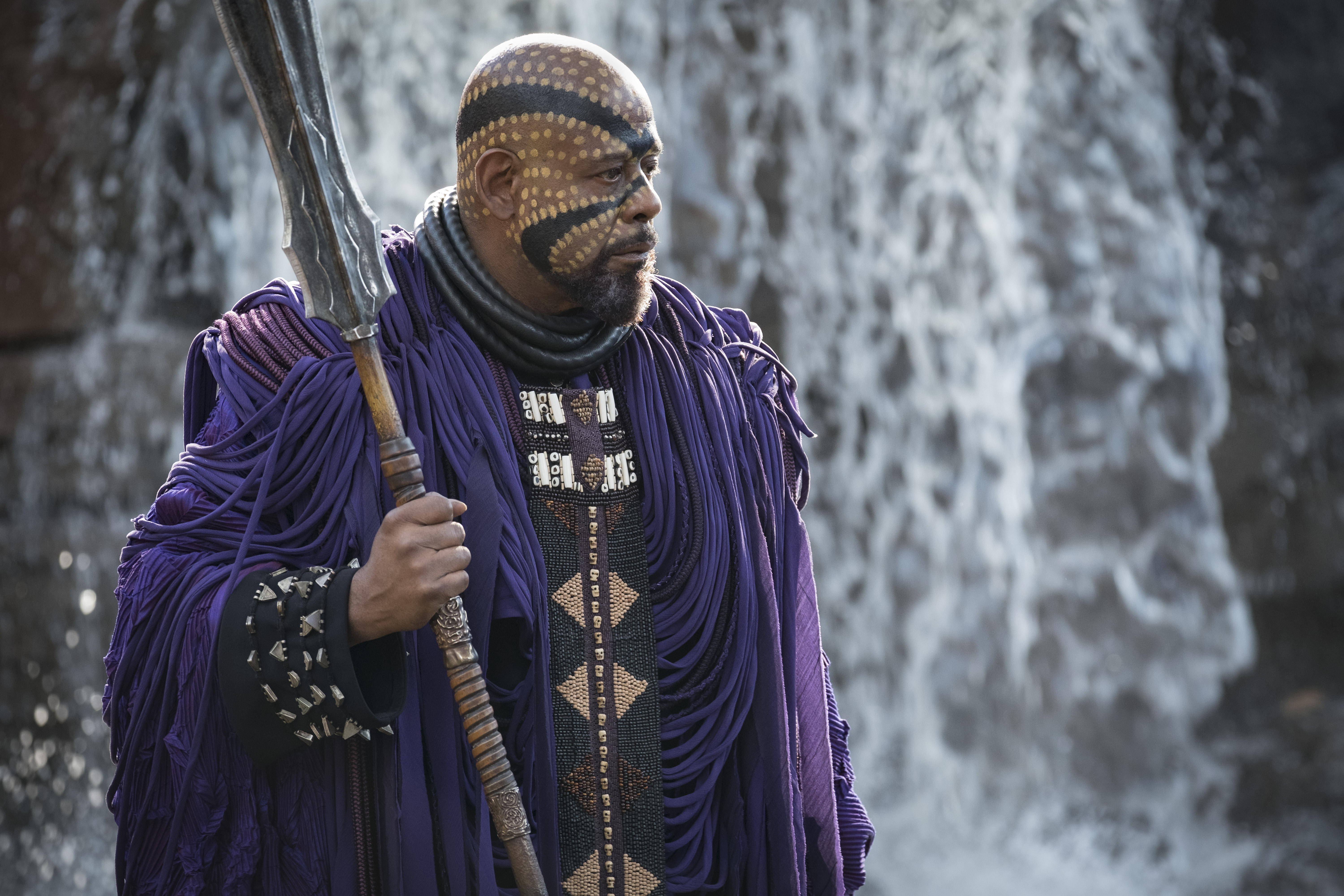 Forest shares with us on what it was like working on his first Marvel film.  “It was exciting. Because I remember when we were at the Wakanda Falls (Warrior Falls). It’s so overwhelming. Because it felt like this hundred-foot waterfall was falling all around us.  It’s a very powerful, powerful experience. But when what I did with Chadwick inside (referring to the scene in the movie when the ritual is taking place of Black Panther connecting to his ancestors), I really got to get inside the emotional heart of it, too. So it’s more complete than a lot of other experiences, in some ways, you know.”

Forest shared with us the vibe around the Black Panther set when the cameras were not rolling. “Wakanda Falls was really interesting because they were playing music, and the drummers would continue to play a lot between the takes. People would start singing and stuff, so it was like, a real communal experience. Even when we weren’t working, a guy would start leading them in songs, and D’bari would come out. It was something unlike any other (experience).” 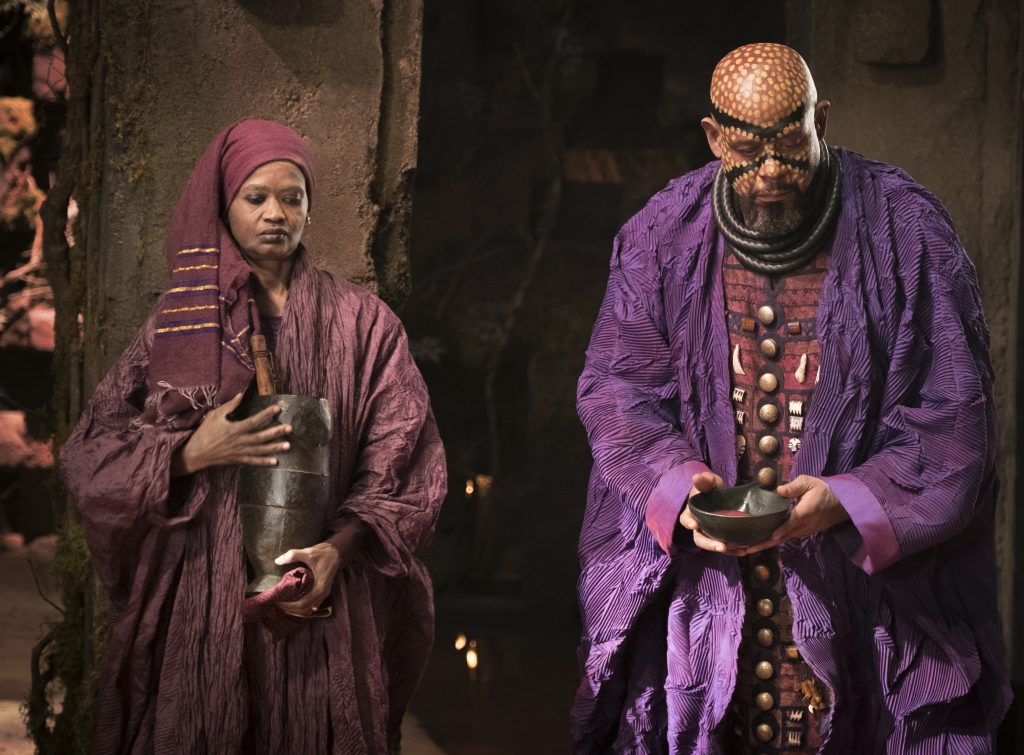 Did your ancestry roots to Ghana influence your character?

I did fashion around him those two tribes (Akan tribe and Ibo tribe). I fashioned him around different spiritual leaders, and different ways of trying to get like, get into the moral fiber of the community because he’s the spiritual leader of Wakanda. And so just trying to understand that from different perspectives.

On the Forest Whitaker Plot Twist in Black Panther

I’m not sharing exact details, but there is a plot twist with Forest Whitaker’s character, Zuri. We asked Whitaker if he knew about this plot twist when he signed on to Marvel’s Black Panther.

Forest stated initially no; he was not aware of the plot twist. When they (Ryan) first talked to him about this role, they talked about the character. He didn’t find out about this interesting twist until he read the script. 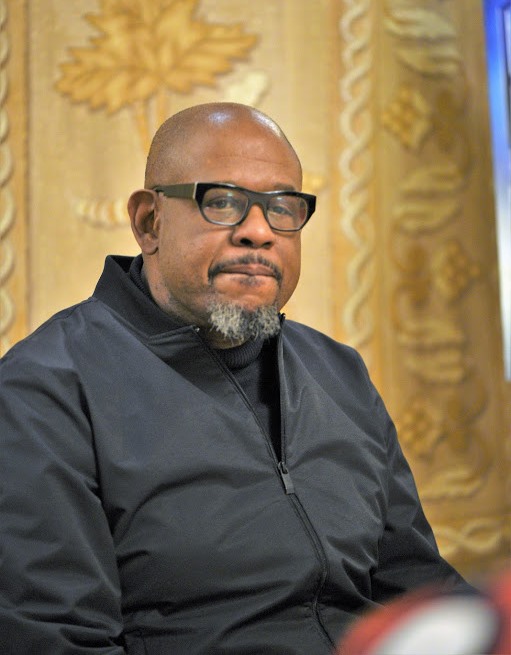 On the Impact of Black Panther

He also expressed his feelings on seeing it for the first time during the Black Panther World Premiere, “I was blown away by the film. You know. I mean, I guess I didn’t — I don’t know if I expected all of the humor, and all the emotion, and all of the messages. So, I was still trying to process it. I realized that I need to go see the movie a couple of times.” We all agreed with him. This is a movie that you will not see just one time. You need to see it 2-3 times to really grasp everything that happens.

It was the end scene with Chadwick Boseman and Michael B Jordan. Killmonger (Jordan) represents a lot of youth who get put in bad situations, and that forms him. He could have been a king, but instead, he’s fallen, and he’s there, and he’s talking about incarceration, and he says, “I’d rather die than be incarcerated, and to take away all my freedom.” Whitaker stated just thinking about that scene, and the words that Jordan stated made him very emotional. This was a really powerful scene, and it was also one of my favorite scenes. 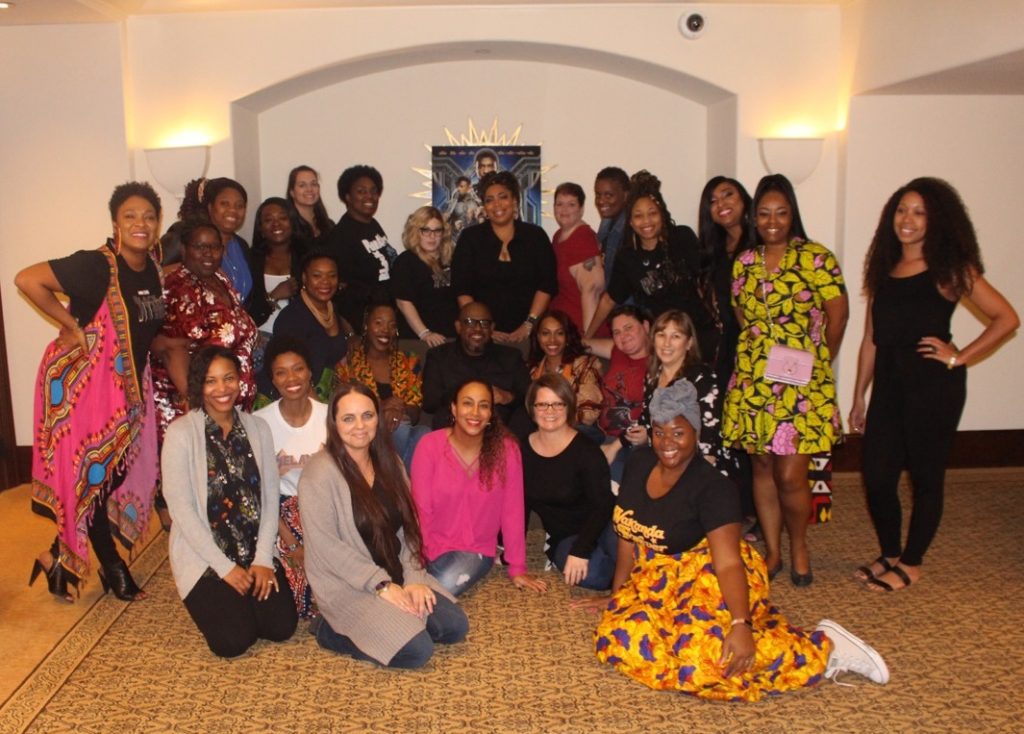 The message he wants viewers to get from Black Panther

“I think the one that he ended on the film on, too, which is like, that we are our brothers’ keepers, you know, that we have to, even in our own comfort, be able to reach out and help those and help others is important. One tribe, I think, is important. I think the message of female empowerment, you know, just both physically and mentally, and just the power that expresses, and I think this message, too, like I say, about Killmonger, about our youth, and how we’re molded by our environments, and how we have to step in and try to move those things forward.”

Other messages such as Colonialism, finding your own voice, and empowerment are other strong messages brought forth in Black Panther. Whitaker ended on this note, “I think the movie deals with empowerment. Particularly for people of color, but for everyone.”

Being able to interview this legend was a once-in-a-lifetime experience. After being able to talk to Whitaker in a casual environment, and seeing that even off camera, he has that same reserved, quiet strength; I gained even more respect for this uber-talented actor. 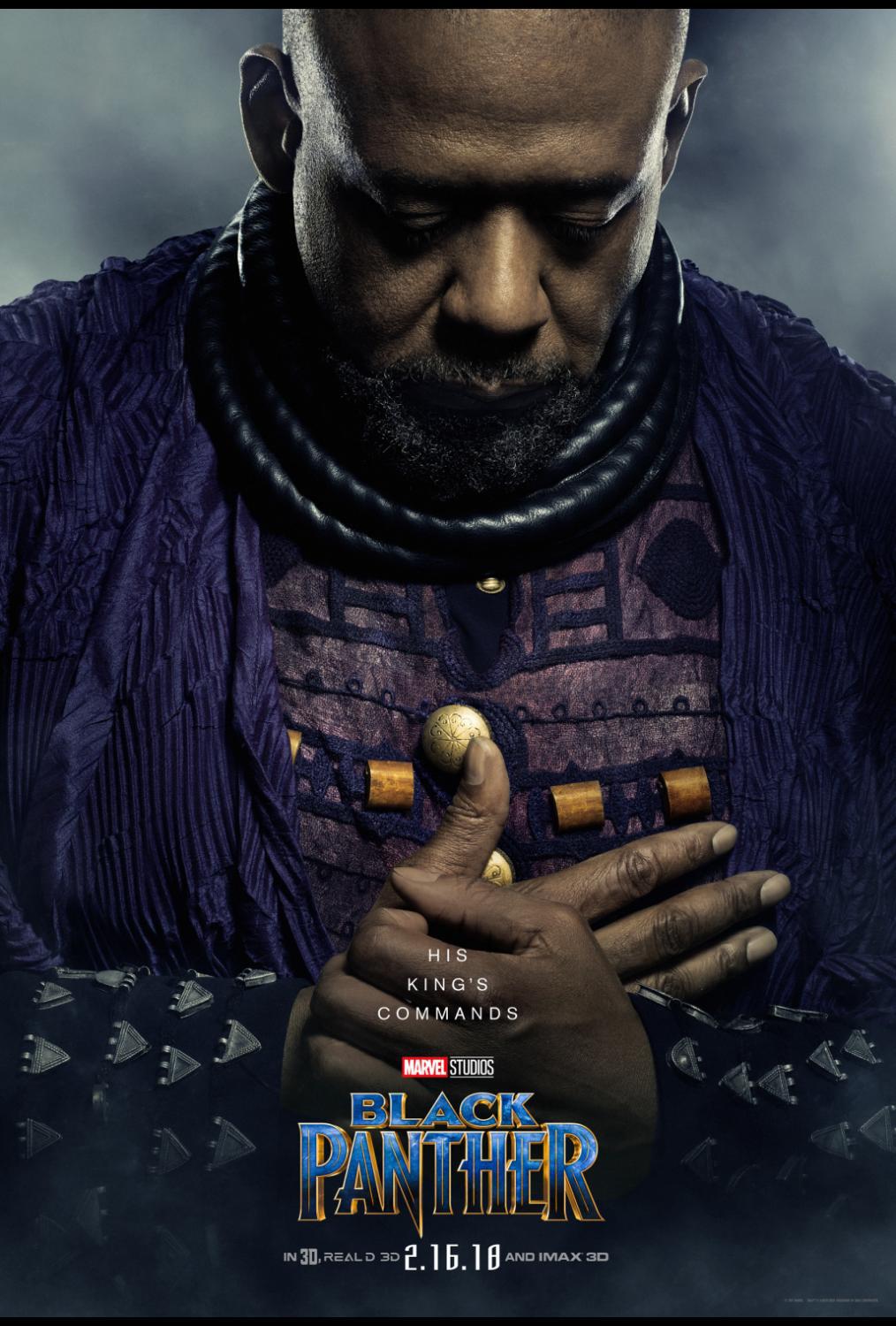 **Stay tuned for my interview with Letitia Wright and Daniel Kaluuya tomorrow!

When Is Black Panther Coming Out &I ‘m Going to the world premiere!