Whether you are coming from other parts of the world or just a car ride away, we have these important tips on planning your trip to Disneyland Paris. 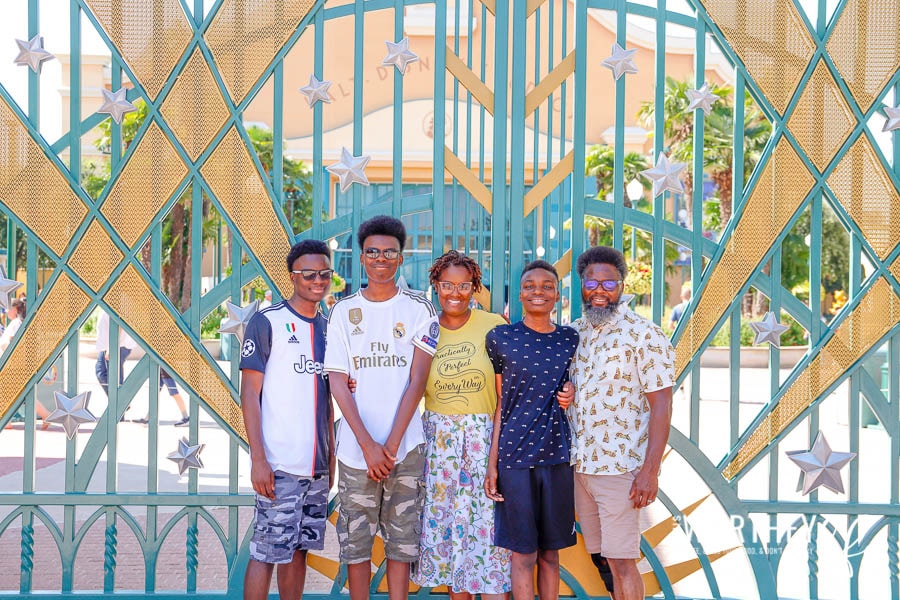 Tips On Planning Your Trip To Disneyland Paris

Whether you are coming from other parts of the world or just a car ride away, there is something special about the first time you step into the magical world of Disneyland Paris. Even if you are familiar with other Disney parks, nothing can prepare you for the high level of Imagineering involved. That’s why we have these essential Disneyland Paris first time tips. When we were planning our first Europe vacation, I knew Disneyland Paris was one of the places we had to go!

Disneyland Paris is unique among Disney’s international parks because its western values better translate the American views expressed in the original park. However, in the European version, the fairytale elements seem more vivid and compelling.

The little differences in the Disneyland Paris operations may throw off guests who are used to planning aids like Fastpass+, and they might find the grandeur overwhelming. Yet, they are still more prepared than anyone who has never experienced a Disney Park until now.

How to Get There

There are lots of ways to get to Disneyland Paris that depend on how you want to handle your trip and your transportation. If you arrive by plane, a Magical Shuttle will have you at your hotel in about 45 minutes. You can, of course, drive if you like, although most hotels in the Disneyland area will offer a shuttle service. You may not know it, but Disneyland Paris is not actually in Paris. However, you can get from Paris to Marne-La-Vallee/Chessy Station at the gates of the Disney parks via the RER express train line. A one-way ticket for an adult is €7.10. This is the route we choose, coming from our Airbnb it took us about a little over an hour to get to the gates of Disney. And as soon as you get off the train and up the escalator, you will see Disneyland Paris is just a few feet away. 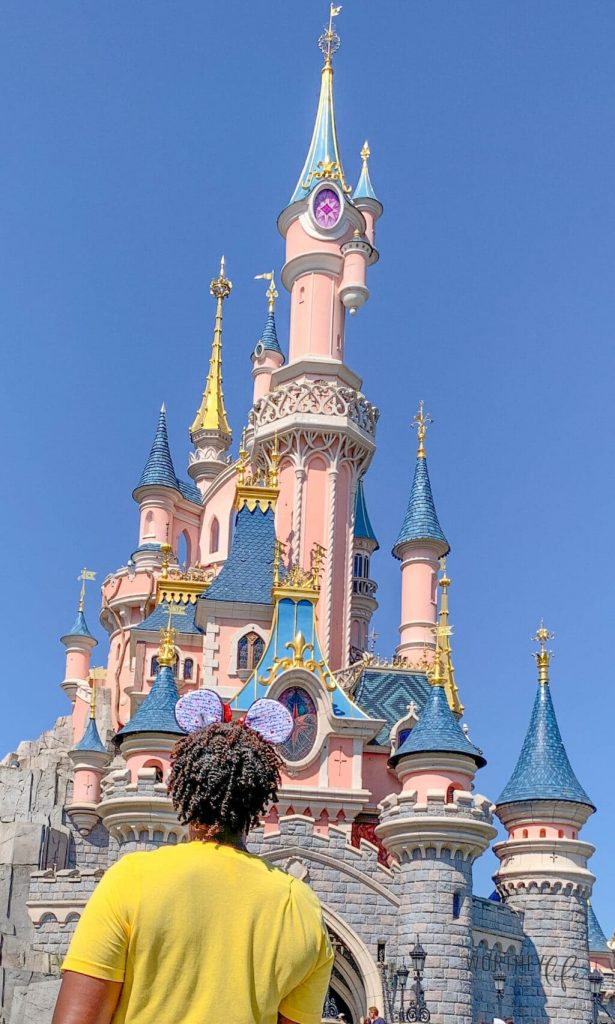 An essential part of experiencing Disneyland Paris for the first time is how you pace yourself. If you try to do too much too quickly, you will miss out on a lot of the magic that makes Disneyland Paris so special. The best thing you can do as a first-timer is to let it all soak in and take your time. Savor the moment. Appreciate the familiarity and the uniqueness that makes this Disney Park so great. 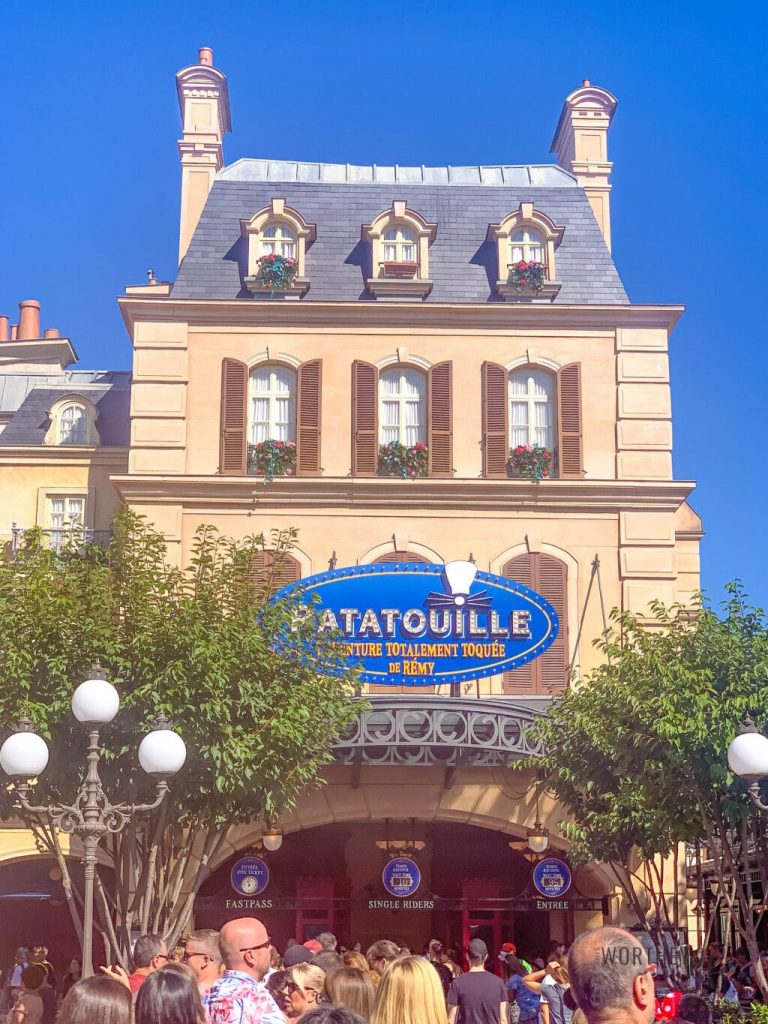 Dining at Disneyland Paris is a mixed bag. Either you have to plan your meals, or you have to be up for almost anything. There are plenty of dining options within the parks and the Disney Village. However, not all of the dining locations will be open or available all the time. If you haven’t made reservations for a particular mealtime, plan on quick service, but be open to what is possible.

Another thing to be aware of is when meal times occur in Paris. Lunchtime can be anywhere between 12 and 2. and dinner is likely after seven. That’s when you will see the most substantial crowds in restaurants, but if you pick uncommon meal times, you can leverage predictable crowds in your favor. 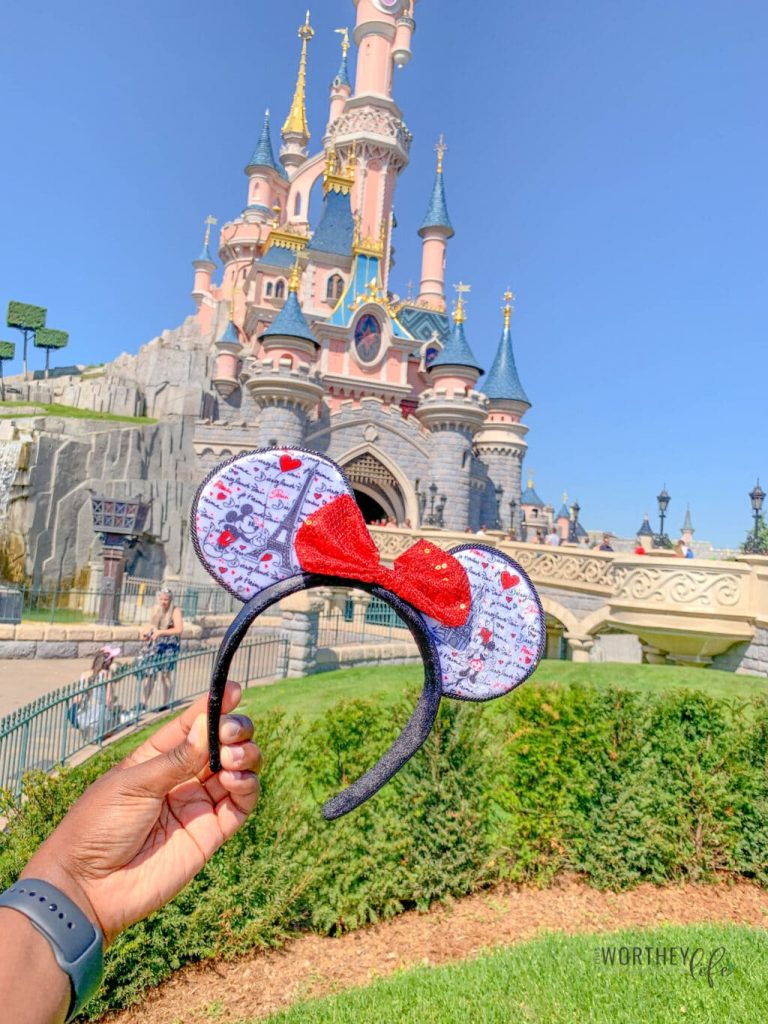 How to Use Fastpass

Disneyland Paris does not have a Fastpass+ system, or a Maxpass. Instead of selecting three Fastpasses before your vacation, you will have to wait until you get there, and only do one at a time. You make a selection, get a return time, and brandish the Fastpass for the cast member when you arrive. Once your Fastpass has been scanned, you can pick another attraction when a Fastpass station is available.

Weather is typically reasonably mild in Paris. There are hot months, and cold rainy days in the fall, but the park is usually mild and reliable. There are times during winter when there is some snowfall in the area. And the nights can require a heavy jacket at times. 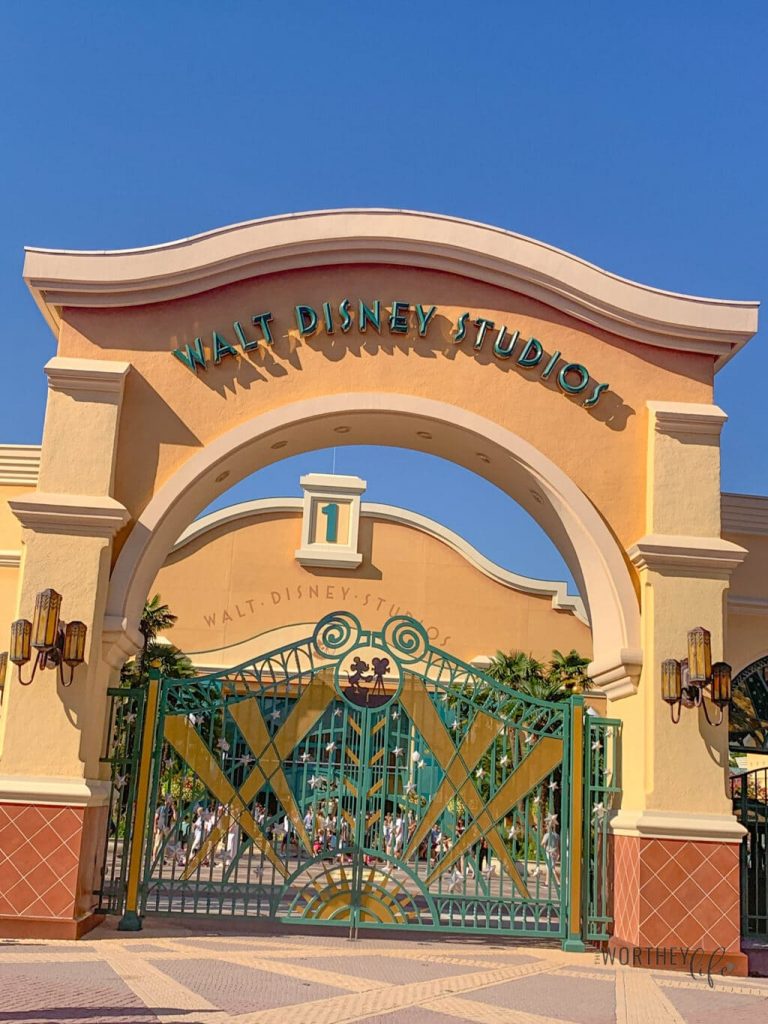 Disneyland Paris consists of two parks: Disneyland Paris + Walt Disney Studios, so if you are only thinking of one, consider the other as an option if you have Park Hopper passes. Pay attention to the opening and closing schedules of each. Some other form of transportation to the parks. We found Walt Disney Studios to be on the smaller side, with more rides for the younger kids. But, definitely add the Ratatouille ride to your list for that Disney park. We spent more time in Disneyland Paris, but it is possible to do both parks in one day. 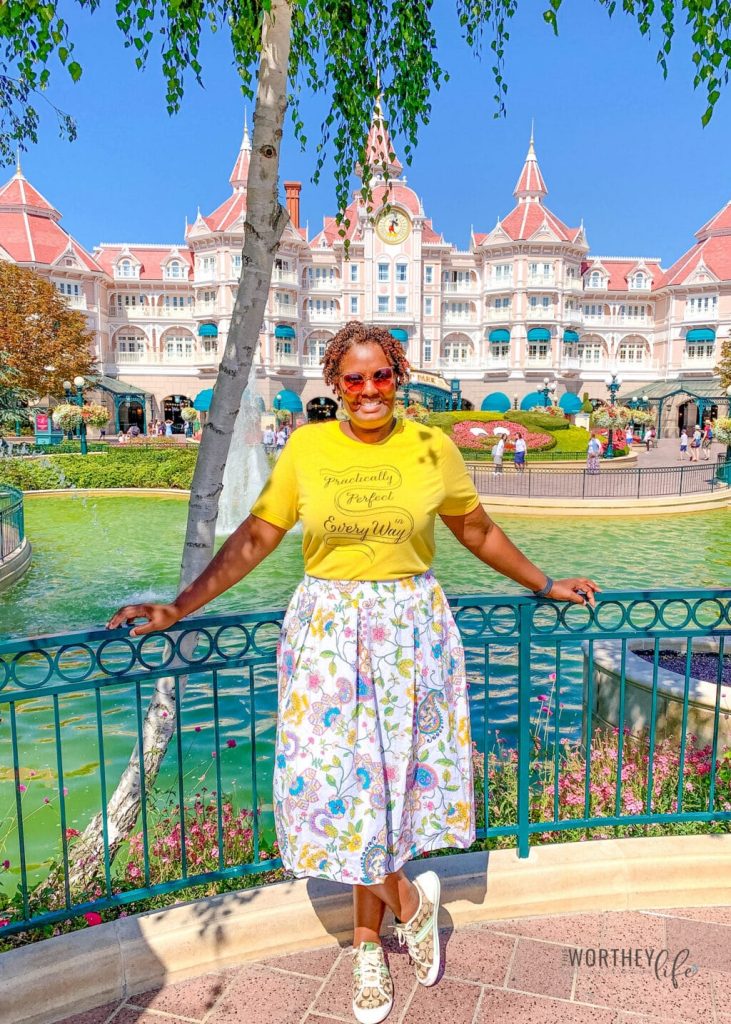 There are plenty of Disney resorts within walking distance of Disneyland Paris. There are also non-Disney resorts that are just as convenient and even provide more luxury for the cost. Don’t assume you have to stay at a Disney hotel on your first visit. It might work against you if you are looking to save money, or have other plans in the city. We stayed in an Airbnb, and with the train ride only about an hour-long (and the cheapest way to get there), we were able to accomplish everything we wanted to do in one day.