This cocktail is made with Hennessy, Red Velvet Cake Syrup, Coconut Rum, and Black Cherry Lemonade.

Our ‘Hey Auntie’ Black Panther cocktail is a to all of the dear Aunties everywhere whom we acknowledge, cherish and celebrate- we love you! 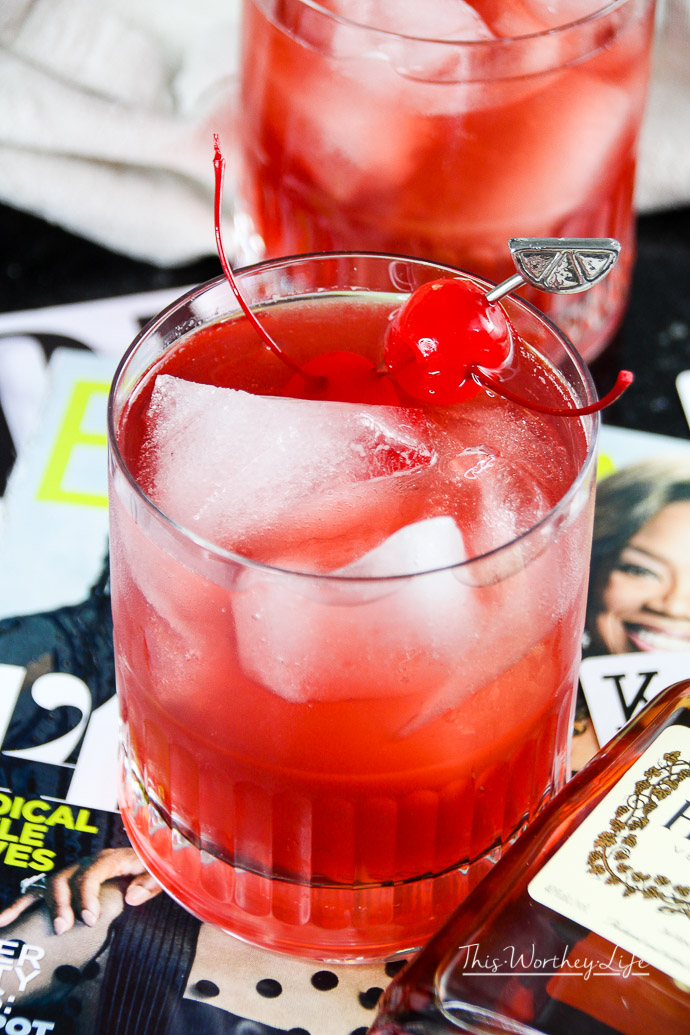 Yes! Black Panther the movie is a certified box office hit! And it makes me as a black man, husband, and father so freaking proud!

Yes, the original Black Panther character was conjured up back in the late 1960s by Stan Lee and Jack Kirby, but I’d bet good money they never imagined in their wildest dreams that T’Challa would morph into something so iconically important and authentically black in the year 2018 and beyond! 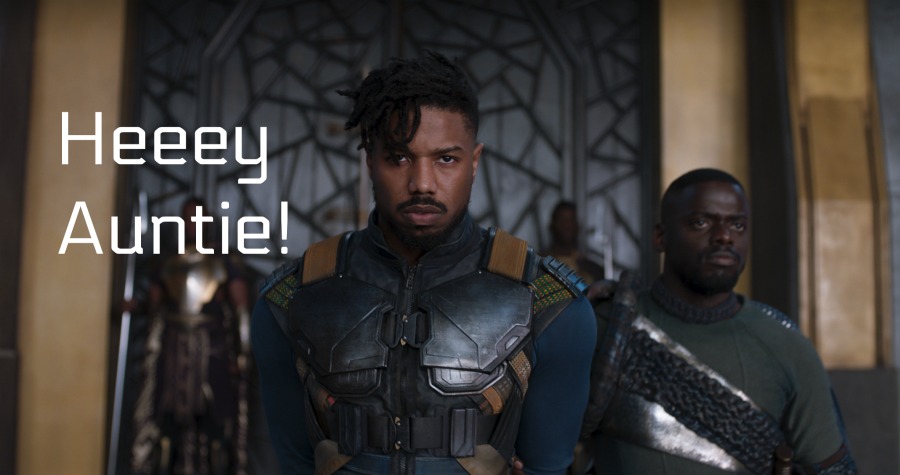 You gotta give mad props to the Black Panther director at large Ryan K. Coogler for crafting a screenplay with Joe Robert Cole (and Jack Kirby) which resonates across the African diaspora and into the very fabric of what it means to be a black man, woman, or child present on mother earth right here, right now.

The Black Panther’s success is certainly no mean feat, and I am certain this movie will come to symbolize the unrealized dream of the black utopian template.

For it shows us what we can be despite our history. 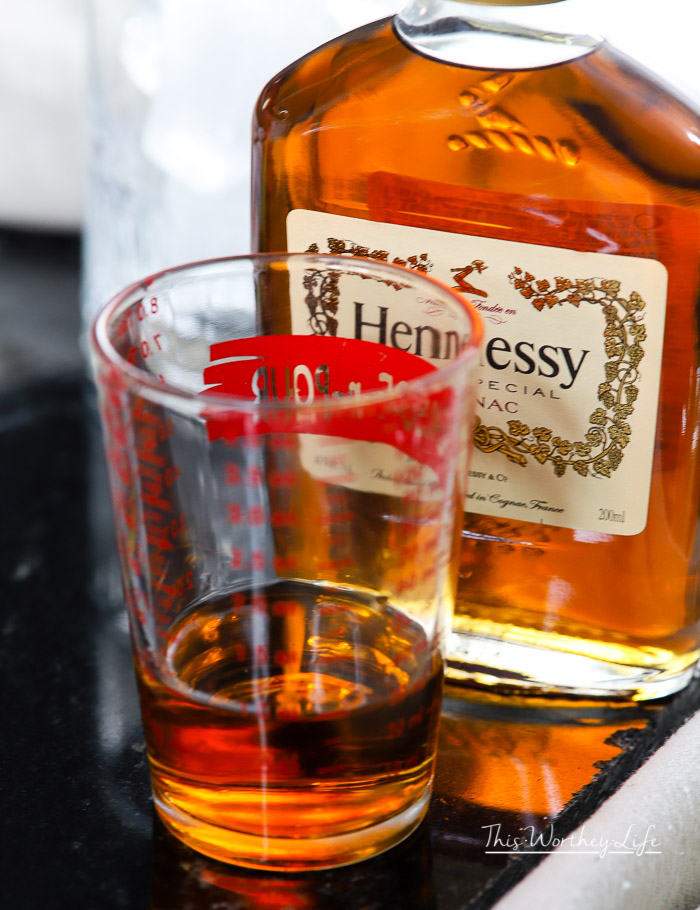 It will be nigh impossible to break down the importance of what the Black Panther currently means, will mean going forward, and “the what” and “the how” this movie and its themes will propel African folk forward.

If this isn’t a Sankofa moment I don’t know what is! But, for right now let’s just revel in its success, savor the moment, and raise our glasses high and offer a toast. 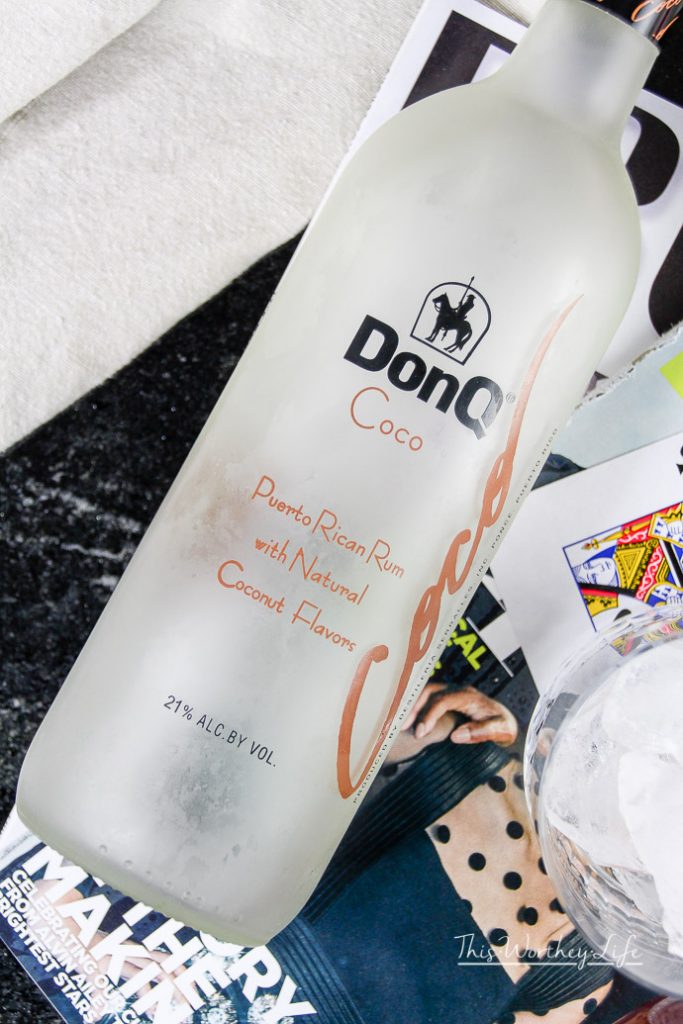 One of the reasons I enjoyed this movie so much, was the many lines that spoke with double-meaning for me as a black person.

So, when Eric Kilmonger uttered casually to Angela Bassett, “Hey, Auntie,” it weighed heavy as a powerful double entendre. “Hey, Auntie,” becomes both a casual salutation of greeting and an acknowledgment of a deeper and meaningful blood relationship. 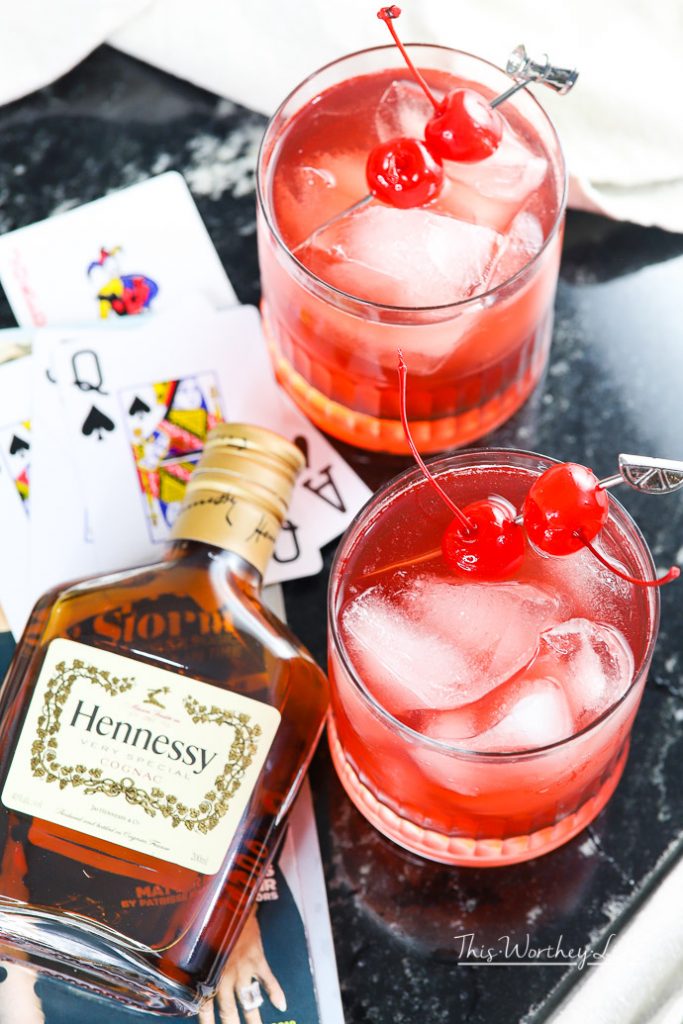 Solange gave us, “A Seat at the Table,” but you gotta have something to drink!

Through the dehumanized and deplorable machinations of slavery, the children of African ancestry have been disseminated across the globe, and those respective countries became our surrogate mothers: North America, South American, the West Indies, the Caribbean, all over Europe and beyond.

And so, when Kilmonger stands upon African ground for the first time in his life and begs acknowledgment, he is more akin to a native nephew rather than a son.

This is a powerful metaphor and moment, for Kilmonger was born of African blood but left behind in America. Sound familiar?

He slays the “white man” who caused so much pain and agony for Wakanda. As proof of both his fighting prowess and his right to rule (oh, this gets deep), Killmonger challenges T’Challa for the throne in a fight of ritual combat.

But what are T’Challa and Killmonger fighting for?

Which one would you fight for?

Whether it was intended or not, the Black Panther movie speaks in double-tongue, a kind of cinematic pidgin if you will, on the surface and greater audience it’s something else (mere entertainment), but it simultaneously operates on another level.

We as “woke” black folk is listening and perhaps the rallying cry will finally be heard. Let’s do work ya’ll! Wakanda forever!

Have you seen the movie yet? 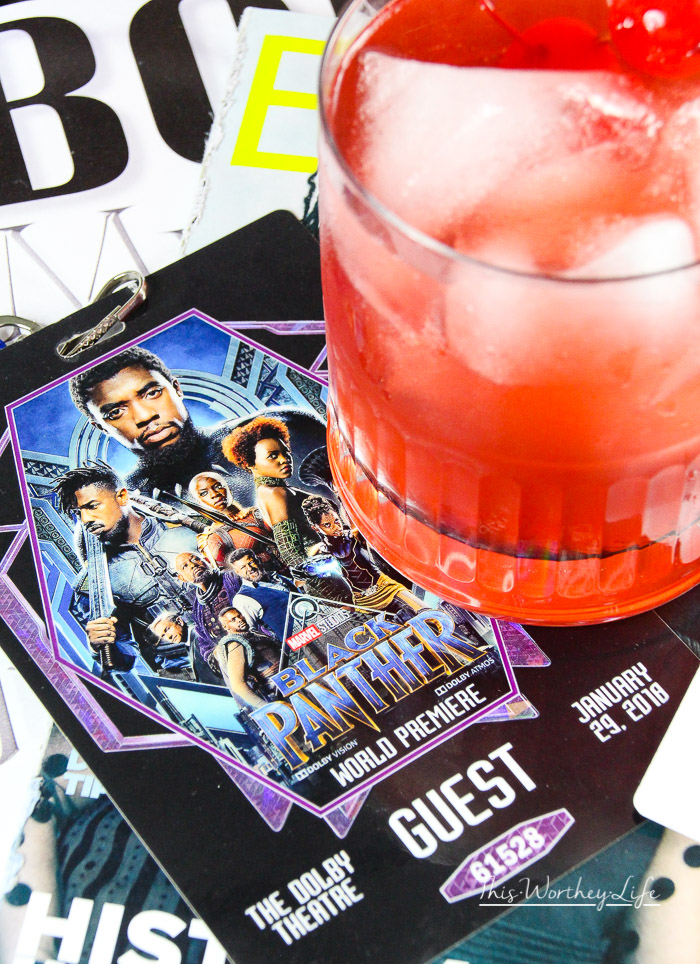 So, to our beloved aunties of the world, our almost mothers, we present our Hey Auntie cocktail. Red, like the familial blood coursing through our veins, is sweet like a good aunt’s genuine love, and it is subtly intoxicating because of the Henny and coconut rum.

You will never see it coming! Peep the recipe down below. 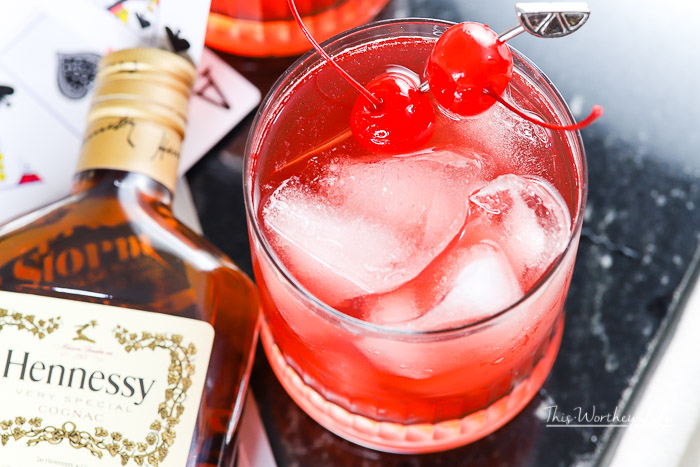 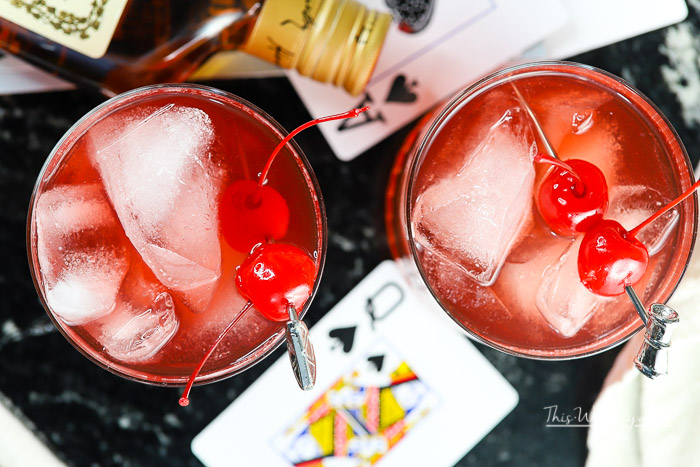 Black Panther is currently playing in theaters! If you haven’t seen it yet, head out to see it this weekend!

Check out our other Black Panther Cocktails:

The Vibranium Cocktail with Hpnotiq

Why Black Panther Matters: What He Said

Explore All Recipes
Skip to Recipe